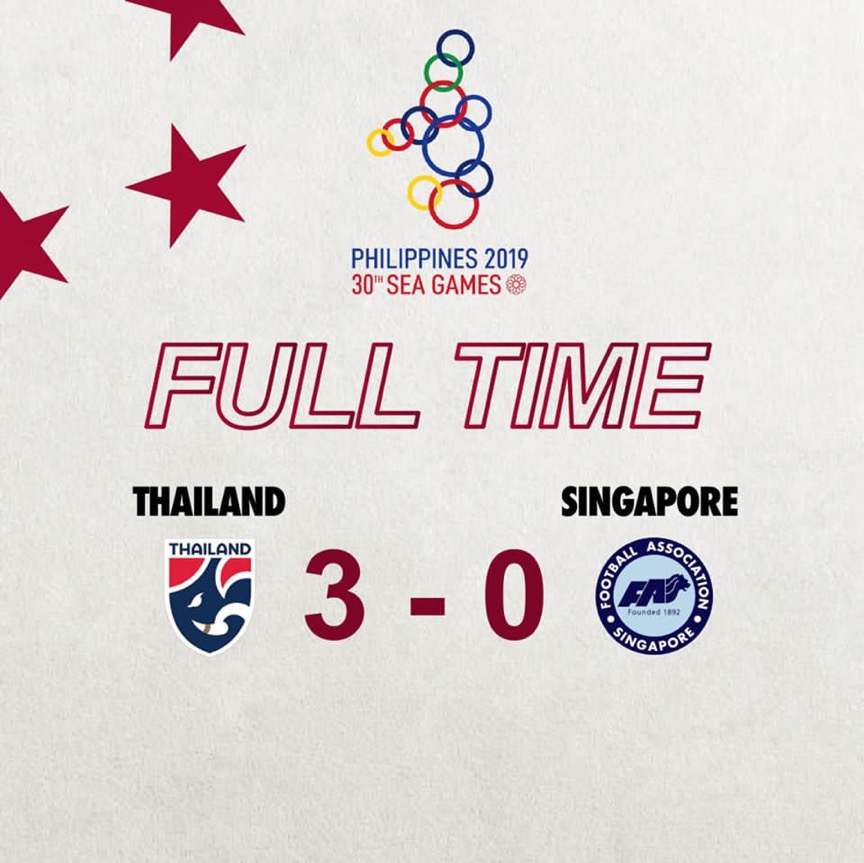 It is all over for Singapore’s 2019 Southeast Asian Games football dreams.

Whatever little hope the team had has been extinguished by yet another defeat at the hands of Thailand.

It was a match which the Young Lions had to win but they found themselves already with one foot back on the returning flight before the break after going down 3-0.

The final score can be seen as one of the Young Lions’ most embarrassing defeats at the SEA Games given that the 2019 competition allowed the registration of two overaged players.

Worse still, the Young Lions have also not scored a single goal at the Games so far, a shocking statistic considering that coach Fandi Ahmad was a striker in his heyday.

This will be a hat-trick of group stage exits for Singapore from the SEA Games football competition since 2015.

Whatever the case, there will need to be yet another round of soul searching within Singapore football walls.

It also proves that the Merlion Cup victory earlier in the year in Singapore was nothing but a fluke.

Another thing for the Football Association of Singapore to ponder over is the continuation of the Young Lions project which has not achieved its objective of helping the Young Lions to a gold medal since its inception in 2003.

Surely, there’s a limit to how much football disappointment the public can stomach.