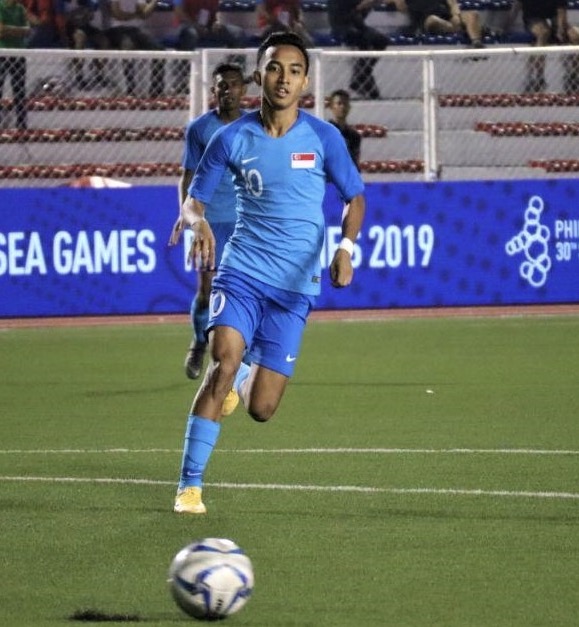 Singapore Faris Ramli still believes the Young Lions can make it to the semi-finals and that Singapore isn’t out of contention yet.

After two matches, the Young Lions drew Laos and lost 2-0 to Indonesia.

With the team facing off against Thailand tonight, the Young Lions can only dream of making the semi-finals provided they beat the Thais and then Vietnam, who currently top the group.

In comments made to the Straits Times, Faris said, “It is certainly disappointing and the boys are down.

“But I am trying my best to motivate them as much as possible because we still have a chance to progress if we beat Thailand.”

The Young Lions beat Thailand 1-0 in the Merlion Cup final earlier this year, which helped them secure a place at the Manila Southeast Asian Games.

“This is make or break for us,” said Faris.

“Thailand is not an easy team to play but it is not impossible to beat them. We are not out of it yet.”