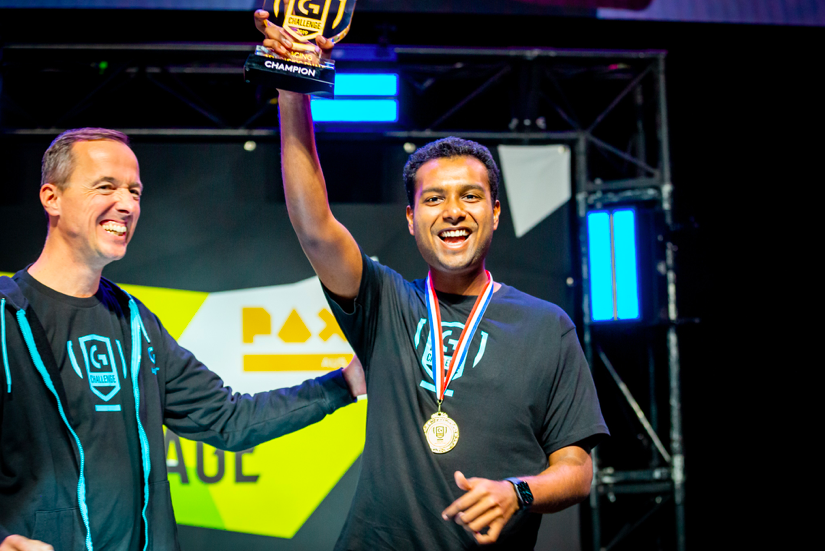 Held from 29 May to 11 July, the eRacing Grand Prix Southeast Asia Global Edition (Europe) was a six-round championship, which featured simracers from Malaysia, Indonesia, Philippines, Australia and Singapore.

This is not the first time that Aleef has been placed on the podium for a simracing event. In October last year, he was crowned the Logitech G Challenge Asia Pacific e-racing champion in Melbourne and also was crowned champion of the eRGP Grand Prix Asia Pacific region two months ago, making him one of the region’s top simracers.

Said the 22-year-old, “This is my toughest Championship win yet.  When every other driver had five days of practice, I was in National Service booking out on Fridays and coming home to have up to only 30 minutes of practice before the actual race started, even coming as close as having my first ever practice lap in Qualifying, five minutes before the race.

“Thus it makes it oh so satisfying to clinch it, putting me under so much pressure to adapt and learn on the fly, and as a driver, it’s one of the ultimate challenges, and I’m proud of myself to have achieved that level of performance against the very best Asia Pacific has to offer, week in week out.”

LOR co-founder Melvin Moh said that Aleef’s performance at the event further cements Aleef’s position as one of the region’s top simracers and among the best in the world.

“His stellar performances for the eRacing Grand Prix Southeast Asia and now in the Europe edition sets him up as among some of the region’s top simracers. With guidance, and more training and competition, it is our hope that Aleef becomes a world champion simracer in due time.”

Aleef has been a Legion of Racers professional simracing athlete for the last two years ever since he was signed up as part of the team in 2019.