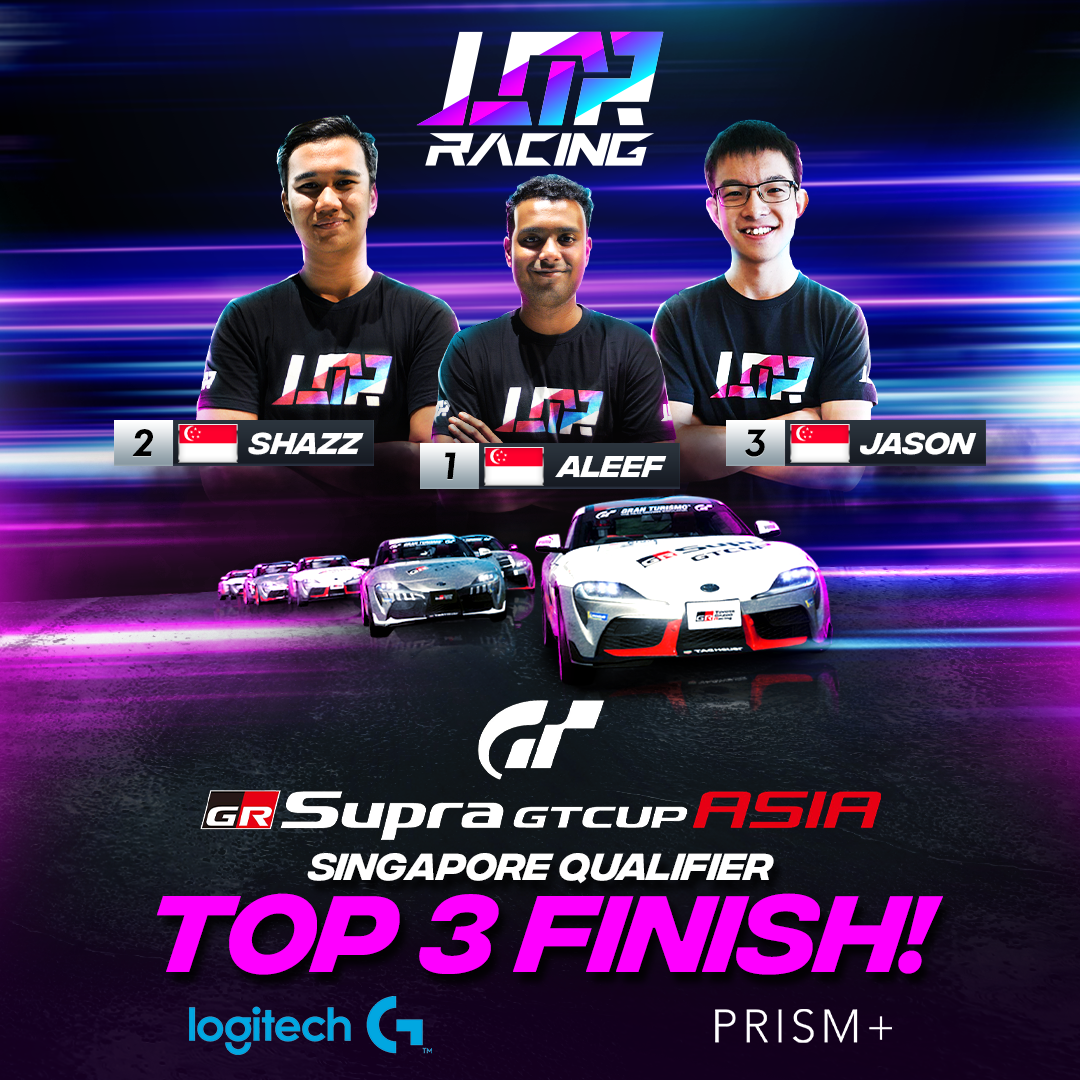 The competition will utilize the GT Sport game on the PS4 as the platform for the online battle. The three Singaporeans who have qualified include Ar Aleef Muhammad, Nur Shazliezhan and Jason Tay.

All top four positions were won by the LOR team simracers but only the trio will be on the grid for the regional competition, which saw 60 other Singaporean simracers vying for the top three spots.

Another LOR simracer – Luis Moreno – is involved in the Philippines leg of the competition which is still ongoing.

The Singapore leg of the competition consisted of four rounds which began on 21 June and ended on 16 August.

The event format for the GR Supra GT Cup Asia 2020 will see five national teams entering the regional round, with three-qualifiers representing each participating country from Thailand, Singapore, Malaysia, Philippines and India in the finals.

“With only three slots available from Singapore, it was obvious that the competition would be tough, even among the LOR boys and I am glad that they pushed themselves all the way, and finished up in the top four spots. The simracers will be challenging for $6,000 worth of prizes in the final rounds to be held in October.

Meanwhile, in the GT Sport 2020 Series participation review, LOR’s Moreno who is based in the Philippines finished highest at 28th in the Asia region in the Nations Cup.

LOR’s Jason Tay (50th), Jaden Low (82nd), Nur Shazliezan (86th) were the other finishers from LOR. Ar Aleef completed in 156th spot due to limited participation as a result of National Service commitments.

In the Nations Cup local rankings, all of Team LOR’s simracers finished in the Top 10 of the standings. Tay was Singapore’s top finisher, with Low, Shazliezan and Aleef finishing in 4th, 5th and 7th respectively. The FIA Gran Turismo Championships, established in 2018, is a motorsport event presented by Gran Turismo and the FIA (Fédération Internationale de l’automobile).

Competitors from around the globe test their driving skills through the ‘Sport’ mode of the Gran Turismo Sport available solely on PS4, and the best drivers will be given the opportunities to participate in world class events such as the World Tours and World Finals.