Amateur football sides thinking of putting up a fight at FAS elections. 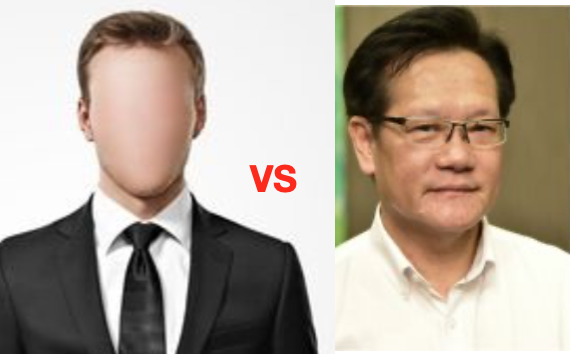 Current Football Association of Singapore (FAS) president Lim Kia Tong may have a battle to face at the upcoming elections for office bearers to be held by 28 April according to the Straits Times story published on 4 March.

Sources have told the national broadsheet that there could be a team made up of officials from the Singapore Football League (SFL), formerly known as the National Football League, who are mulling over a possible challenge.

The report also states that the team challengers do not see an issue with current president Lim, but are hoping for change with the current exco, which is made up of Bernard Tan, S Thavaneson, Teo Hock Seng and Razali Saad.

Edwin Tong, a former vice-president elected to office in 2017, relinquished his role last year after being appointed Minister of Culture, Community and Youth following the 2020 General Elections.

A spokesman from the alternative team who declined to be named also told ST, “We have already told Kia Tong what we want to see.

“But we think Kia Tong may not want to rock the boat… So there is now a team waiting in the wings.

“We want to see if certain people will continue in their roles or not.”

Whether the show of dissent materialises into anything is still yet to be seen.

Former national stalwart Yakob Hashim, a member of Lim’s team at the 2017 elections for office bearers, said he was not going to continue on the team.

“I’ve seen for myself what has gone on over the last four years, and I’ve had enough,” he says.

The story also provides some insight into some of the unhappiness on the ground.

Salman Abdullah, who runs Jungfrau Punggol, said, “..even now, I can’t get a field for my boys to train at.

“And if we don’t train, we are just as good as any Sunday League (social) team,” he said.

“It has been four years of empty promises.”

A Singapore Premier League club official who spoke on condition of anonymity added, “Clubs were not consulted on a lot of decisions, for example the number of rounds of fixtures for the 2021 season.

“When the announcement was made, it was news to us officials and players.”

“The cause must be the most important thing, and this also means knowing there will come a time you have to walk away and pass (the baton) on to someone else.

“If you feel the chair belongs to you forever… then it’s a problem.”

But as former Nominated Member of Parliament Ganesh Rajaram points out in the same story, whether there is a viable alternative to Lim’s team remains to be seen.

Separately, in a Facebook post put up yesterday, the Hougang United FC Supporters Club put up a post reminding the public of one of the promises made by the current leadership team at the last elections in 2017.

A complete list of Lim’s Team LKT manifesto points presented at the last elections for office bearers as follows: