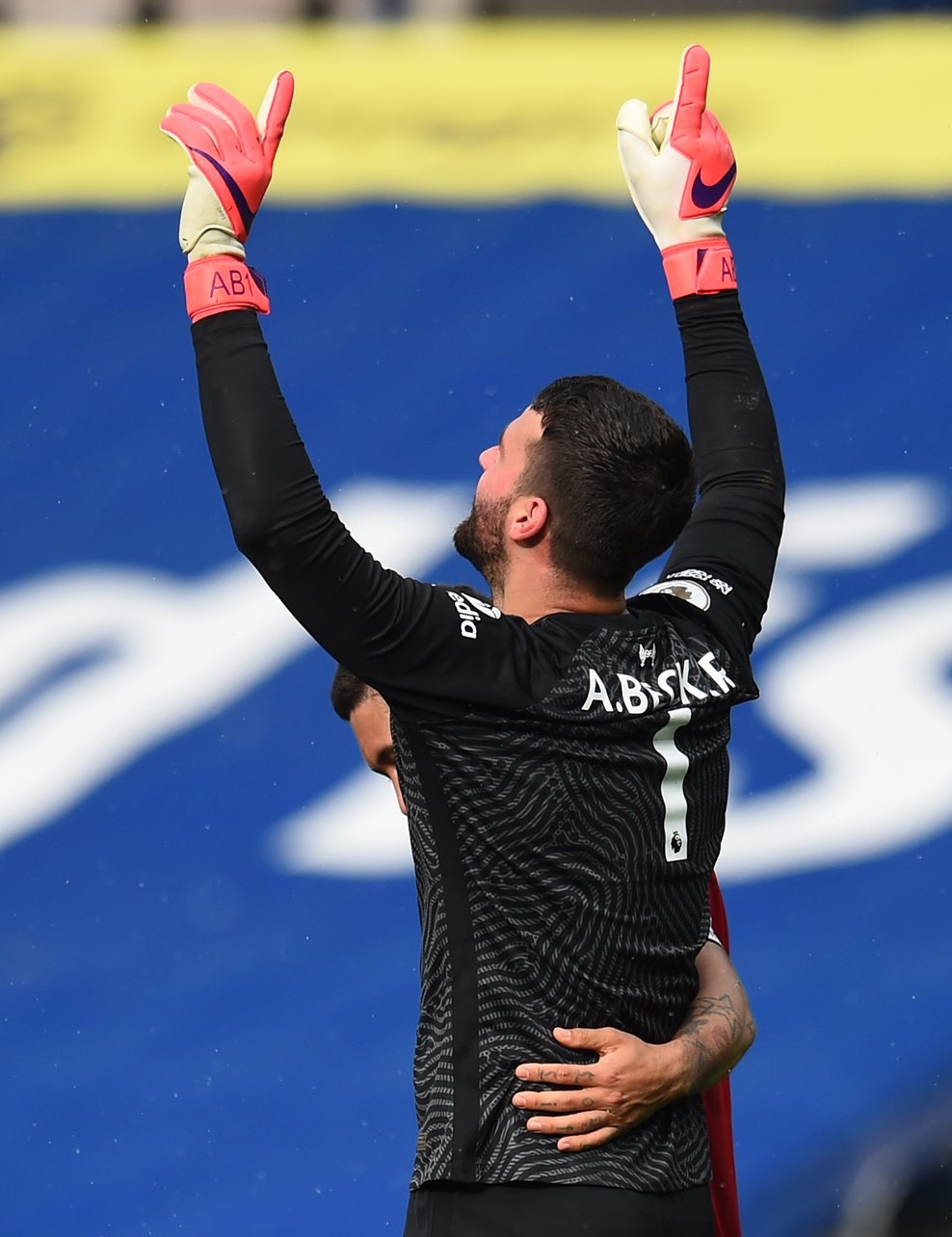 With practically the final piece of action of the match, Liverpool goalkeeper Alisson Becker nodded home off a corner to give Liverpool all three points in its league match against West Bromwich Albion, and keeping alive its hopes for a Champions League spot.

With Reds fans on a high with the three points, the plaudits kept rolling in as Becker became the first Liverpool goalkeeper in its history to score a goal from open play as he headed in Trent Alexander-Arnold’s corner in the 95th minute to give his side a 2-1 victory.

The result moved Jürgen Klopp’s men to within one point of fourth-placed Chelsea in the Premier League standings, with two fixtures left in the campaign.

In quick words posted on the Liverpool website after the match, Becker said, “I’m too emotional these last months for everything that happened with me, with my family.

“But football is my life, I played since I remember as a human being with my father.

“I hope he was here to see it but I’m sure that he’s seeing with God on his side and celebrating.

“It’s for my family, for the boys. What a fight, sometimes we are fighting and fighting and things are just not happening as this afternoon here.”

He went on to explain how no one from the bench had asked him to head up into the West Brom got area for the corner.

“I tried to look at the bench but nobody called me and then John Achterberg called me with conviction.

“It was the perfect time, the cross was brilliant again.

“I just tried to put my head on the ball and I think it was one of the best goals I saw!”

Liverpool’s final two fixtures are against Burnley away and then at home to Crystal Palace.

The win gave the Reds and its fans some hope to make it to the Champions League, a goal the team appears to be fixated on after a torrid season as defending champions.

“Just scoring this goal, I’m really, really happy to help them because they fight a lot, we fight a lot together and we have a strong goal to achieve the Champions League because we won it once and you know that everything started with qualification.