No clubs, but they are part of Lions squad for World Cup qualifiers. 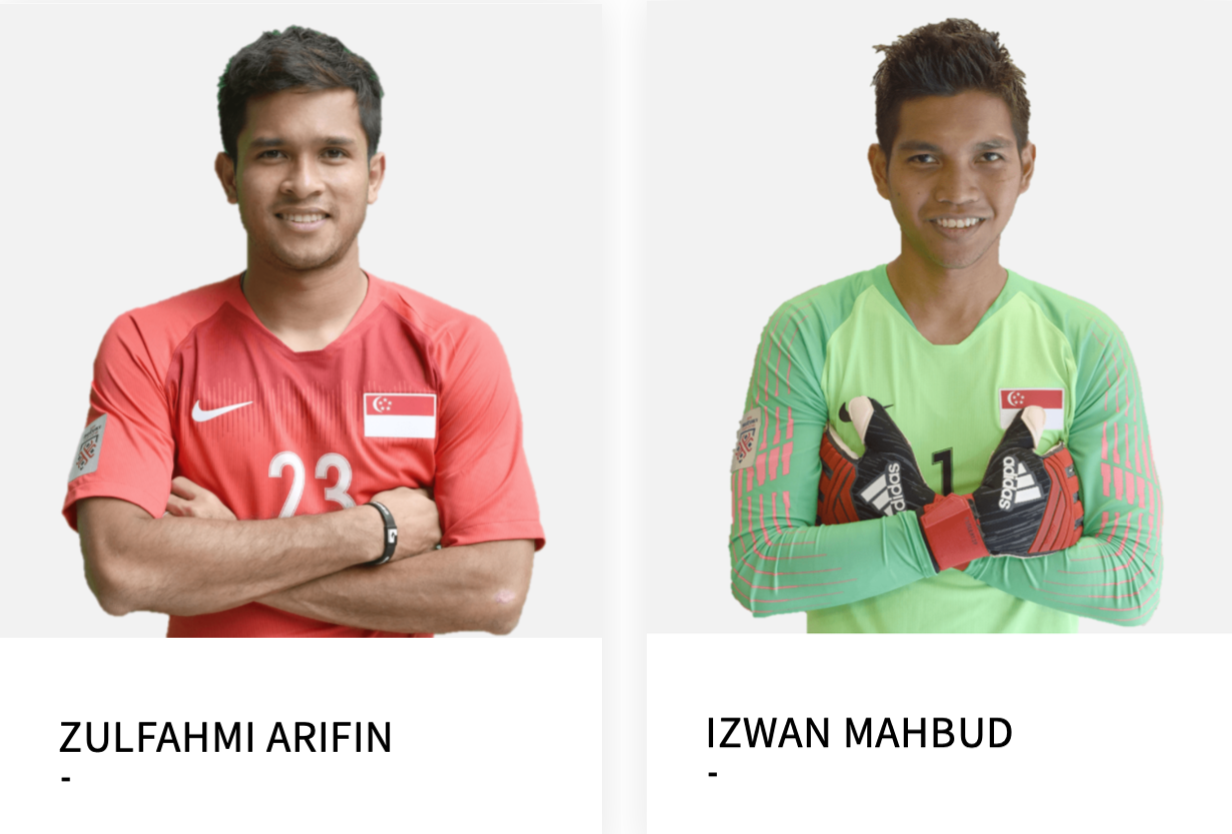 One of the pre-requisites for selection to the national team surely has to be current form.

Which is why many are questioning the selection of goalkeeper Izwan Mahbud and midfielder Zulfahmi Arifin to the national squad.

Both players turned out for Samut Prakan City in the Thai League but appear to be out of contract after the 2020/2021 season ended in March this year.

It is understood that 30-year-old Zulfahmi is currently in negotiations with a few clubs on his next move, including two in the Singapore Premier League.

On the official Football Association of Singapore website, both Izwan and Zulfahmi have a dash below their names, when other players have the names of the clubs they represent.

There have been questions asked.

In a chatgroup among local football enthusiasts, a participant queried, posted here ad verbatim: “Can I ask 2 players no club but can represent Singapore?

“I like this 2 players but isn’t that unfair to the rest who are working hard in their respective clubs to earn a national call up?”

In the case of Izwan, it was pointed out that Tampines Rovers goalkeeper Syazwan Buhari has played in all matches in the Singapore Premier League this season, and the Stags are up among the top three local clubs in the standings, after Lion City Sailors and Hougang United.

Columnist Vikram Jayakumar argues in soccerkakis.org that Syazwan “has had a decent start to the season and while only has two clean sheets, has pulled some important saves for the Stags” and while “Izwan Mahbud is arguably our best keeper, but he has been mostly on the bench this season and has zero appearances in 2021.”

In addition, Hougang United’s duo of Ridhuan Barudin and Mukundan Maran have allowed in 18 goals in 11 rounds, which is the second best goal against among local clubs after Lion City Sailors which has allowed 12.

National coach Tatsuma Yoshida did not explain why Izwan and Zulfahmi were selected despite being out of contract and without clubs since March when the final squad was announced on 17 May.

So one can only speculate as the the reasons behind Yoshida’s decision, and its impact on players who have been on the field diligently while representing their clubs.

In the recent closed door training match against Afghanistan, Yoshida fielded Izwan in goal, and all other outfield players were given a run out.

In a recent interview, former Warriors FC player Poh Yifeng told local website soccerkakis.org, “You will always think you have a chance but the [national team set up] will always have their own few players [in mind].

“Even if that player gets injured, once they recover, they get called up.

“It isn’t fair to those players who are playing week-in and week-out but yet don’t have a chance to play for the national team.”