5 reasons why the Lions will lose against Palestine. 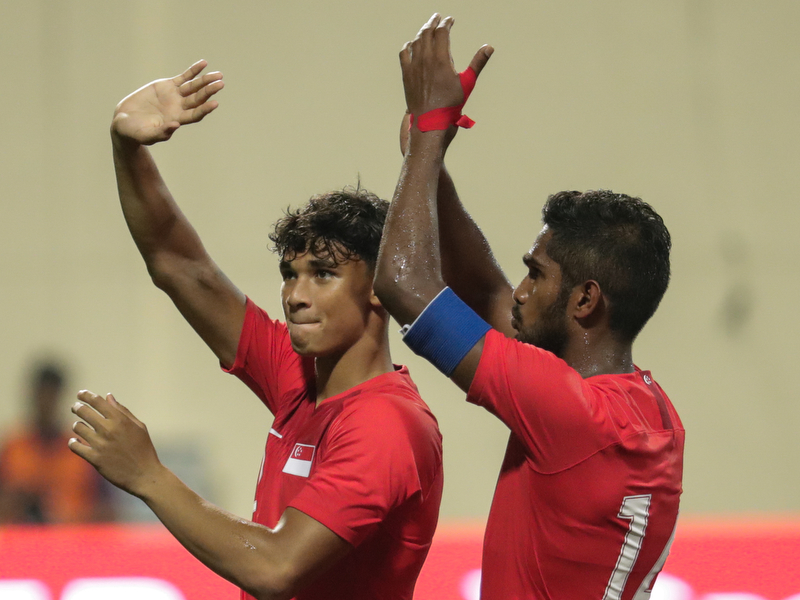 At 2.00am on 4 June, the Singapore Lions will come up against Palestine in a Group D World Cup qualifier.

The Lions are third in the group with seven points, and their opponents are three points behind with four, at the bottom of the standings.

Despite the three-point difference giving the Lions a slight advantage in the standings, here are five reasons why we think Singapore will lose the clash against Palestine.

The Lions are without three of their most influential current players, one in each part of the pitch.

Hariss Harun has pulled out of the side because of personal reasons, while Safuwan Baharudin and Ikhsan Fandi are both injured.

Their combined absence will be a huge blow to the Lions.

The Lions are playing away from home, and away from their favourite Jalan Besar Stadium turf.

The artificial Jalan Besar turf favours the Lions as visiting teams not familiar with the turf will find the bounce awkward.

Jalan Besar Stadium is home ground advantage, which the Lions unfortunately do not have in Riyadh.

When they played at the National Stadium, the Lions lost against both Saudi Arabia and Uzbekistan.

Hopefully they can repeat what they did in Manama against Yemen, when they pulled off a 2-1 victory.

Either Izwan Mahbud and Hassan Sunny will stand in between the sticks in Riyadh against Palestine.

Unfortunately, both may not be at their best.

For Izwan, he has spent a lengthy time on the bench in Thailand and has not had competitive matches for most part of this year.

As for Hassan, there have been some erratic performances in goal for Lion City Sailors this season, and even he will have to admit that he has conceded some really soft goals this season.

Balestier Khalsa’s Zaiful Nizam is Singapore’s third choice, and is unlikely to be given the responsibility of keeping goal for Singapore.

In fact, we wonder why he is Singapore’s third choice given Balestier Khalsa’s performances in the Singapore Premier League.

The recent conflict between Israel and Palestine highlighted the issues faced by the Palestinians over their land.

The match will be an emotional one for most of Palestine, if not for all of their people and the team will be motivated to put on a good show.

Expect that they will make a statement to the world through football.

The two top teams in Group D are Saudi Arabia and Uzbekistan.

And Palestine’s four points in the qualifiers so far came through a 2-0 win against Uzbekistan on 5 September 2019 and a 0-0 draw against Saudi Arabia on 15 October 2019 at the Faisal Al-Husseini Stadium in the West Bank.

We hope we are proven wrong.