5 reasons why the Lions will win against Palestine. 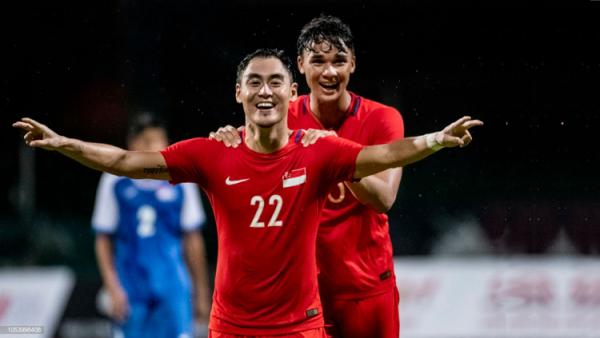 So you would have probably read the previous piece about why we deduced the Lions will lose against Palestine in their Group D World Cup qualifiers to kick off at 2am Singapore time in Riyadh.

We now give you the five reasons why we also think the Lions can pull off a victory.

Of six matches played between Palestine and Singapore since 2003, the Lions have won four and lost only once.

The remaining tie ended in a draw, which was also played at the Jalan Besar Stadium.

Statistically, the Lions have performed better against their opponents tonight.

The 2020 Singapore Premier League Player of the Year has been pivotal for his club and has already found the net on eight occasions for the Lion City Sailors in the SPL this season.

He is the highest scoring Singaporean player in the league and along with Yasir Hanapi, who has six goals to his name, they could form a formidable partnership in front of goal against Palestine.

He also found the net for the Lions in their practice match against Afghanistan on 29 May.

If national coach Tatsuma Yoshida fields his side based on the most senior players around, at least five have been based overseas over the last year.

The four points earned by Palestine in this current qualifying campaign were gained at the Faisal Al-Husseini Stadium in the West Bank (photo below).

It is obviously a fortress of some sort.

However, outside of the West Bank, Palestine have not been able to replicate the home performances, and lost their matches against Saudi Arabia (5-0), Uzbekistan (2-0), Yemen (1-0) and Singapore (2-1).

The Lions are within striking distance of making it to the Asian Cup 2023.

Finishing in the top two will give it the chance to progress into the next round of the World Cup qualifiers and the 2023 Asian Cup qualifying third round.

This must be motivation enough to try and get points against Palestine and another point from the two remaining ties against Saudi Arabia and Uzbekistan, especially if they are chasing history.