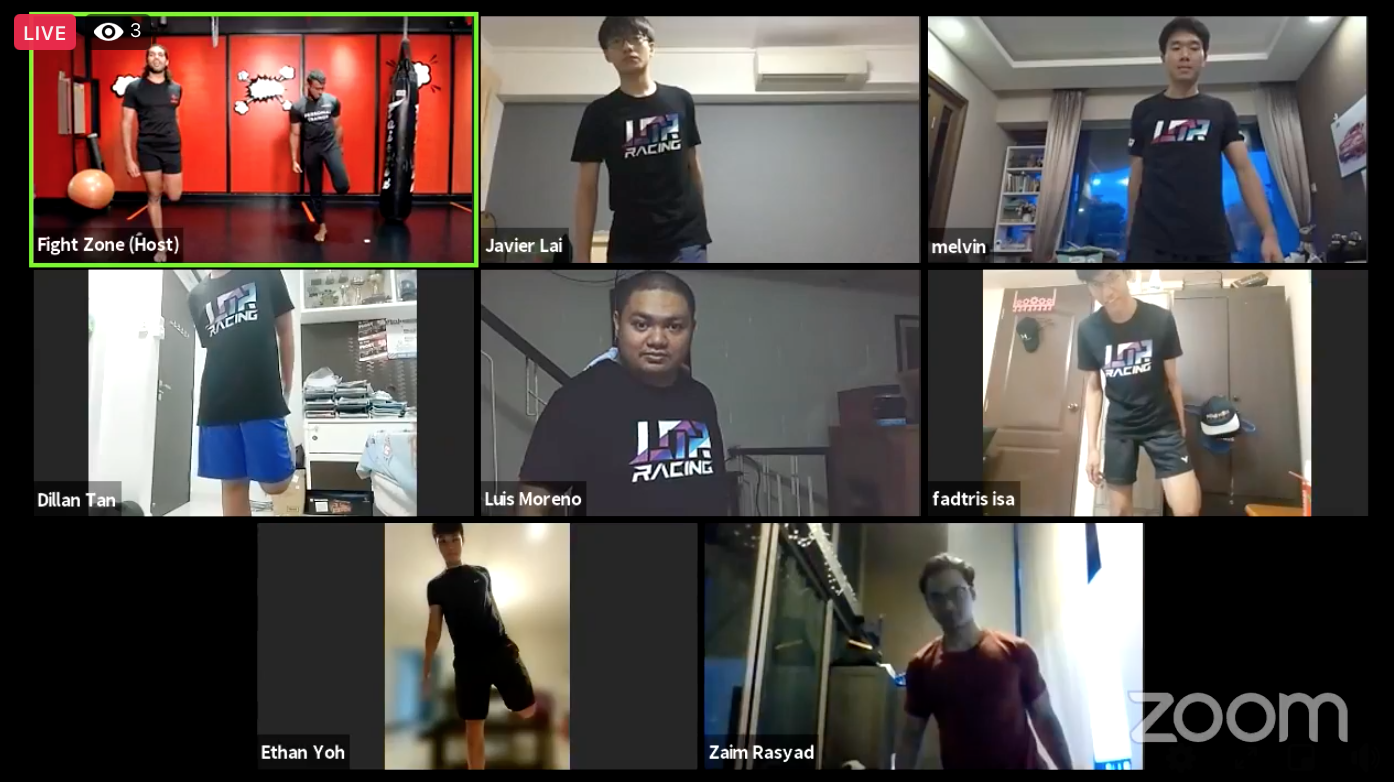 Fight Zone, a local fitness concept which combines heart rate monitored high-intensity training with muay thai fitness has entered into a partnership with e-sports and lifestyle brand Legion of Racers.

The partnership will provide the LOR’s sim racing e-sports team and its officials a training and health wellness programme for the next year.

Fight Zone’s trainers conducted their first session over Zoom for the team on Friday, 5 June.

Said LOR co-founder Melvin Moh, “E-sports should be more than just gaming. We are thankful that Fight Zone saw value in the health and wellness programme idea which we had for our team members, and are honoured to also support them in their outreach.”

Fight Zone, which has three outlets in Velocity, AMK Hub and in Suntec City, will also offer access to the LOR e-sports team when fitness centres are given the go ahead to resume operations in their facilities.

Said Sasidharan Unnithan, CEO and Founder of Fight Zone, “There is a growing number of gamers in the e-sports world and it is vital that gamers have a health and wellness regime which allows them to stay fit and mentally healthy. We are more than happy to support the LOR team members in their approach for their team members.”

The LOR was started in 2018 and among the sim racing competitions it organises includes the annual LOR Online League and the Battle of the Racers.