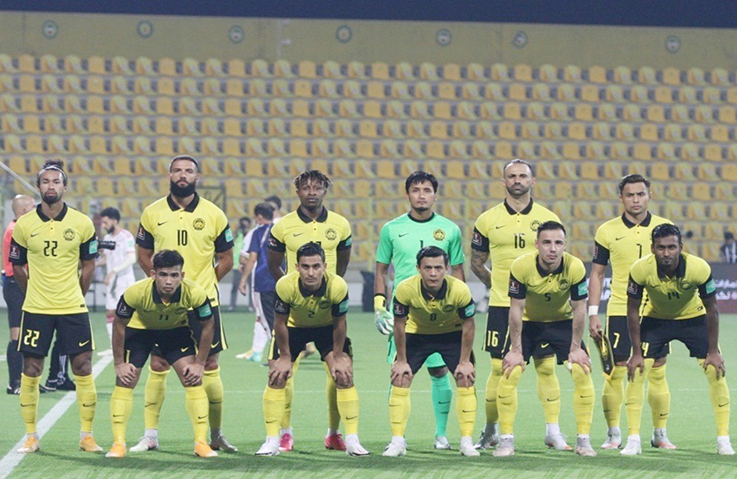 Malaysian football legend Datuk Santokh Singh has expressed his disappointment with the performance of Malaysia’s naturalised players in their Group G World Cup qualifiers in Dubai, and has also called the team ‘rojak’, in quotes carried by New Straits Times.

Malaysia took a 4-0 beating at the hands of United Arab Emirates and then went down 2-1 to Vietnam in its Group G World Cup qualifiers in Dubai.

“The FA of Malaysia (FAM) sent a ‘rojak’ team to the qualifiers, so what were they expecting?

“I think this team are worse than ‘rojak’.

“Some players were collected from different nations with different playing systems and put together in a team.

“And they were expected to perform a miracle on the pitch.”

He even pointed to the failure of foreign talent naturalisation schemes in Singapore and the Philippines.

“The naturalisation programme offering passports to foreign players did not work in other countries (like Singapore and the Philippines), so don’t expect it to work in Malaysia.

Santokh’s statement about the failure of naturalisation of players in Singapore may not be that accurate, from a certain point of view.

The Singapore team also reached the third round of the 2010 World Cup qualifiers, the furthest ever in the history of Singapore football.

Apart from the trio, the squad also has heritage players with ancestry links to Malaysia.

“The naturalisation programme offering passports to foreign players did not work in other countries (like Singapore and the Philippines), so don’t expect it to work in Malaysia.

“Also, expecting immediate results from an ‘instant noodle’ team is a bad call from FAM.”

Santokh, now 68, said that for a team to produce results, they need to be together for “long periods” to help them grow and develop as a formidable unit.

“I don’t know what they (FAM) are planning or even doing to the football scene in the country.

“But whatever they are doing, it is not going to produce results.”

In an earlier interview, Santokh had admitted that he was not in favour of using naturalised players as this would affect the chances of local players to represent the country.

“What will happen to local players who have trained very hard (in a bid) to wear the national jersey?

“For whom are they going to play if not the national team?” he asked.