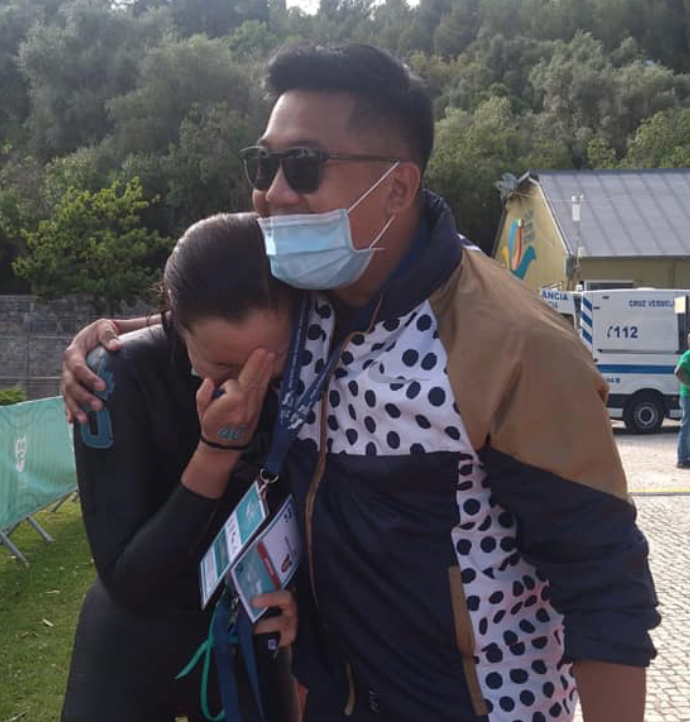 A plan which began in earnest in 2018 has helped Singapore’s open water swimmer Chantal Liew create history for Singapore aquatics after qualifying for next month’s Tokyo Olympics.

She becomes the first Singaporean to ever qualify in the open water discipline for the Olympic Games.

22-year-old Liew finished 29th in the 10km race at FINA Olympic Marathon Swim Qualifier in Setubal, Portugal and managed to secure her qualification spot by being the best Asian finisher behind Japanese athletes Yumi Kida and Minami Niikura.

She has also earned a silver at the 2017 Southeast Asian Games in Kuala Lumpur, the first Singaporean to medal in the open water discipline then.

In a Facebook post, Singapore’s National Training Centre (NTC) head coach Gary Tan said that he “had a call with Chantal and Marcus (Cheah)” after the race and congratulated them for their historical achievement .

“They have both come a long way to get to where they are.

“I still recall the day Chantal and Marc told me their plans on how they were planning to qualify for the Olympics.

“From that day, I trusted and supported their plan and we gave every possible support that we could provide at NTC to help them realise their dreams.”