After drawing a blank at the 2016 Olympic Games in Rio, will Singapore’s table tennis players deliver in Tokyo? 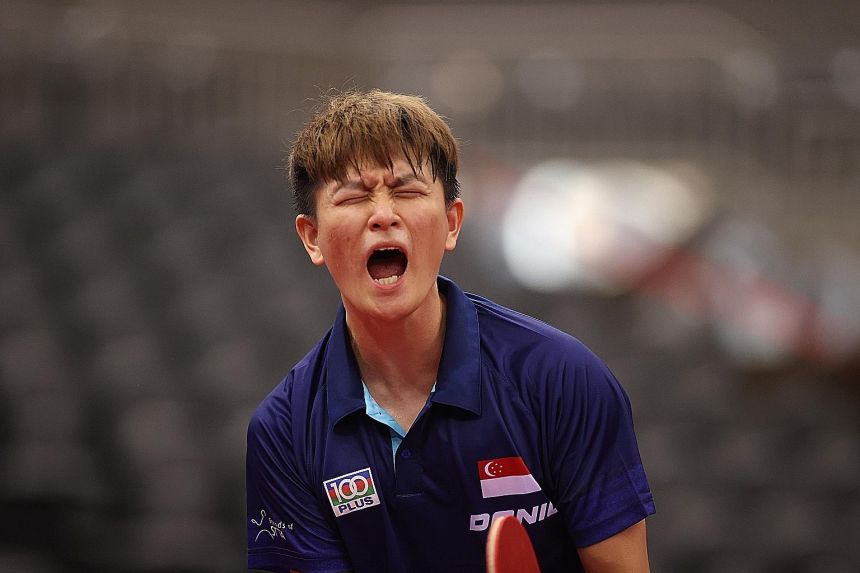 After returning from the 2016 Olympic Games in Rio without a single medal for the first time since the 2008 Beijing Olympic Games, Singapore’s table tennis players headed to Tokyo for the upcoming Olympiad will be under pressure to deliver the medals once again after nine years, with the last set of medals being won in London in 2012.

At the 2008 event, Li Jiawei, Feng Tianwei and Wang Yuegu beat a team from the Korea Republic in the semi-finals and ensured Singapore returned with a silver.

In 2012, Feng beat Japan’s Kasumi Ishikawa for the bronze, and along with Wang and Li again, the trio secured another bronze medal in the team event.

The two bronze medals won at the 2012 London Summer Olympics marked the first time that Singapore won more than one medal in an Olympiad, but the paddlers returned empty handed from Rio in 2016.

This time around, Singapore have Feng (ranked 9th in the world), Yu Mengyu (ranked 47th) and Lin Ye (ranked 60th) in the women’s team event, with Feng and Yu competing in the singles.

Clarence Chew (main photo) is Singapore’s only male in the men’s competition, and he is currently ranked 186th in the world.

Singapore Table Tennis Association President Ellen Lee (photo below) believes that there will be high expectations on the paddlers to perform.

In quotes to CNA via a virtual media conference, she said, “Everybody in Singapore who are interested in table tennis, including all our stakeholders are also having high expectations.

“Because so far for previous editions of the Olympics, table tennis has always been a regular sport, so it is natural to expect them to have high expectations of table tennis players as well.”

She added that she did not have any “specific goals for the team” and believed that the team “will really do their best”.

“In sports, nothing is predictable and anything can and sure will happen, that’s the beauty of sports – the unpredictability of it all,” she added.

She also called for a “whole of Singapore” support to back the athletes for the upcoming Games.

“At this juncture, I would like to urge Singaporeans to believe in our athletes, and not just our paddlers, in that we can make waves at the world stage.”