Izwan Mahbud’s playing days in Thailand are over for now, signs for Hougang United. 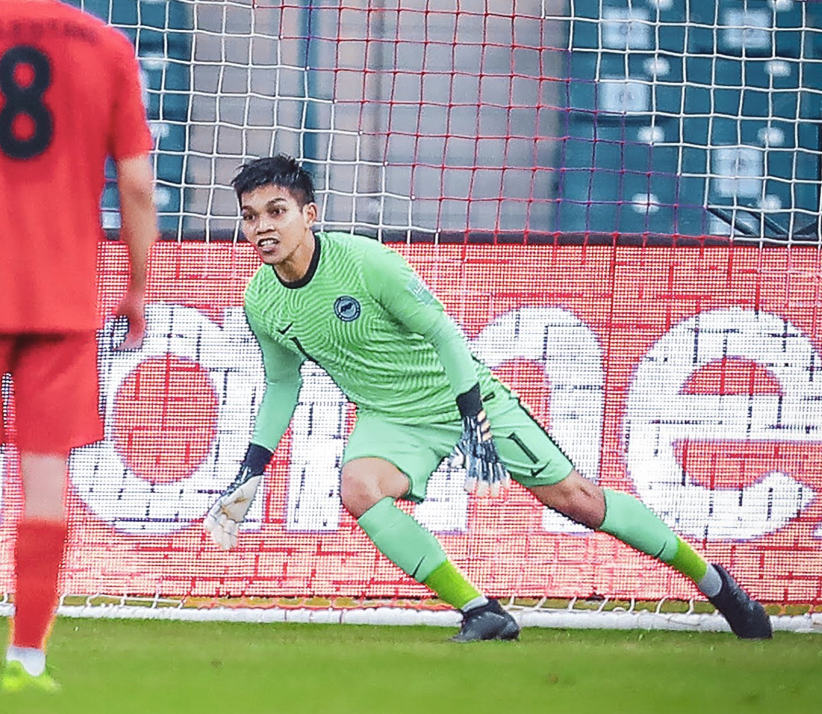 Singapore’s number one goalkeeper Izwan Mahbud will be in Hougang United’s colours when the seasons resumes in July.

On 27 June, the Cheetahs announced that they had put pen to paper with Izwan, who turns 31 in July.

The club said in a Facebook post that “having recently represented the nation in the qualifying stages for World Cup Qatar 2022 and AFC Asian Cup China 2023 in Saudi Arabia, the Singapore number one will link-up with the Hougang-based club for the second half of the 2021 season.”

⁣“With 54 caps to his name for Singapore, the 1.83cm tall keeper ply his trade for Tampines Rovers for 2 seasons before venturing to Thai League clubs, Nongbua Pitchaya F.C, Trat F.C and Samut Prakan City F.C between 2018 to 2021. ⁣

⁣“Izwan is now back in Singapore and will join up with the Cheetahs’ squad, in preparation for the second half of the SPL season.⁣”

While representing Samut Prakan City, Izwan did not get much playing time over the last nine months.

The Thai football season ended at the end of March 2021, but Izwan last took to the field in the starting lineup in November 2020, in a match against Rachaburi.

He had been out of contract since the season ended, alongside his Singaporean team-mate Zulfahmi Ariffin, who is also understood to be in discussions with Hougang United.

He guarded goal for the Lions at the recent World Cup and Asian Cup qualifiers in Riyadh, conceding 12 goals over three matches.

The Cheetahs are currently in third spot in the league after 11 rounds, with the Lion City Sailors and Albirex Niigata the two clubs ahead of it in the league.

Watch a few of the saves Izwan makes against Uzbekistan at the recent qualifiers.