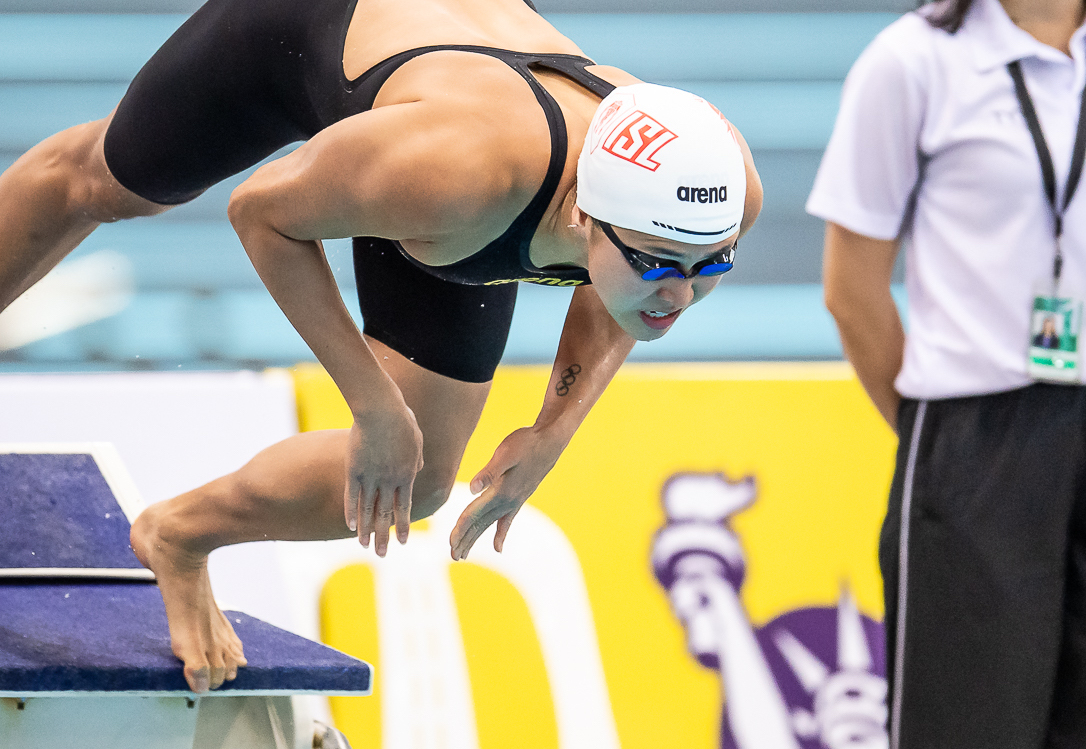 The Swimfast Aquatic Club (SAC) star clinched her place in Hanoi when she touched the wall first in a time of 55.44s in the Women’s 100m Freestyle final.

“The more immediate focus for this meet for everyone was the Tokyo Olympics, because if we made the Tokyo cuts, then it will also be the SEA Games cuts.

“It is nice to get the SEA Games qualification out of the way, as that will be one less thing to think about, even though we are not sure if the games are still going to happen.

“With the qualifying out of the way, we can continue training for it as though it is going to happen, so that we will be prepared when it does happen”, she said.

It was a 1-2 finish for ATS in the Men’s 100m Freestyle, as Jonathan Tan and Darren Chua came in first and second respectively.

Tan, who had already qualified for the SEA Games, clocked a time of 49.10s.

Chua clocked 50.01s to join Tan on the ticket to Hanoi, with both swimmers also going under the Olympic ‘B’ Cut mark of 50.03s.

Motohide Mori of Aquatic Performance Swim Club (APSC) rounded out the top three in a time of 50.88s.

Carmen Weiler Sastre of Nexus won the Women’s 100m Backstroke in a time of 1:00.89s, a full 5s ahead of second placed finisher Katie Henderson of Tanglin Trust Merlions, who clocked 1:05.66s. Carol Rachmadi of APSC was third in a time of 1:07.96s.

16-year-old Ashley Lim of Singapore Swimming Club (SSC) had a fantastic swim in the Women’s 400m Individual Medley, as she led from start to finish, finishing first in a time of 5:01.60s.