LIVENow is charging $49.99 for Euro 2020 final between England and Italy and fans are upset. 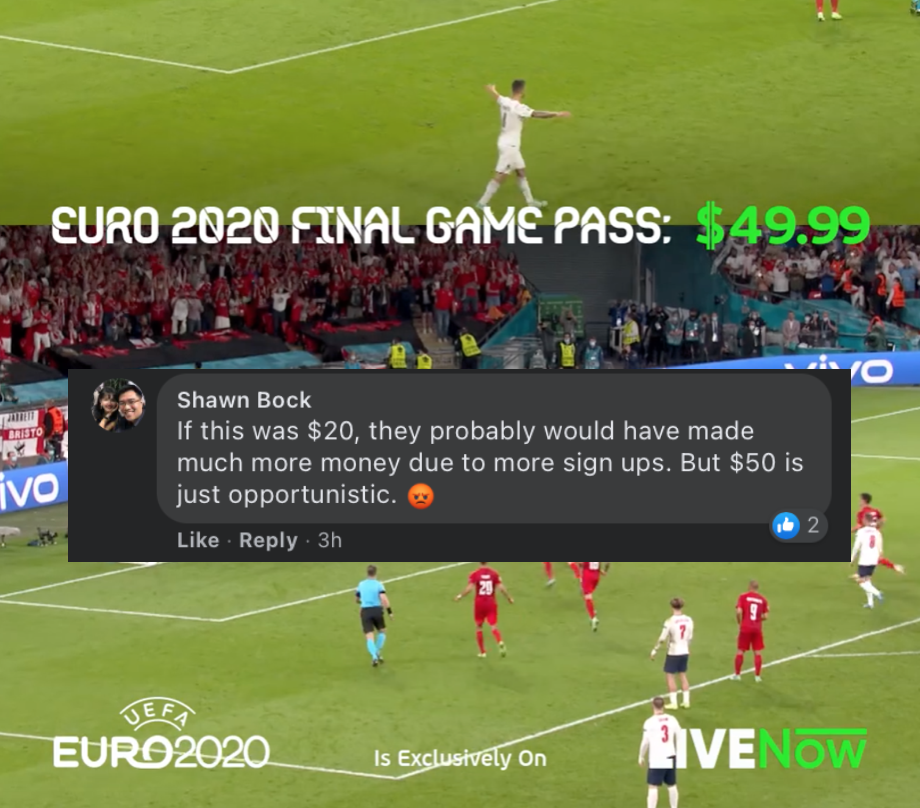 Euro 2020 football fans in Singapore are lashing out against the administrators and owners of the LIVENow broadcast app for charging $49.99 for the final clash between England and Italy.

Fans are calling the move opportunistic, as those who had subscribed for all matches had paid between $83 to $98 for the Euro 2020 broadcast from LIVENow.

Fans are also lamenting that the full pricing schedule was not made to them earlier so that they could make informed purchasing decisions.

On the Facebook post inviting subscribers to sign up for the final match between two of Europe’s well-supported football sides, fans lashed out at LIVENow for the subscription fees being peddled.

Fans were also surprised that LIVENow did not make this information about the pricing for the final match early on so that fans could make purchasing decisions based on a clear pricing schedule.

LIVENow had come under fire early on during the Euro 2020 for its poor bandwidth which kept causing the feed to freeze, requiring subscribers to keep rebooting.

Fans had also tagged the Consumer Association of Singapore, asking for action to be taken against LIVENow.