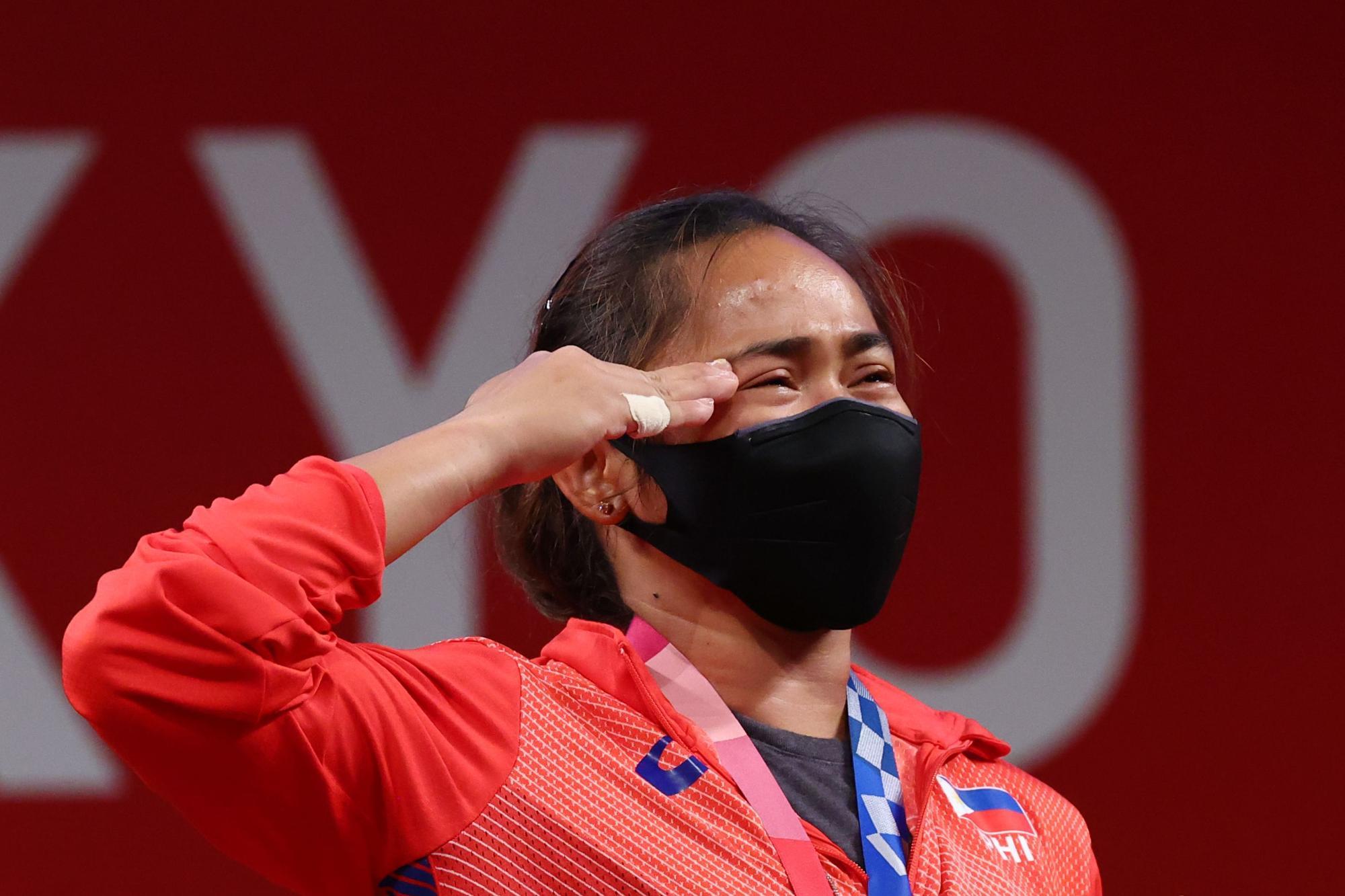 Filipino weightlifter Hidilyn Diaz has lifted the Philippines to their first ever Olympic gold medal.

The 30-year-old captured the Philippines’ first ever Olympic gold medal in the 55kg in the Tokyo 2020 Olympics weightlifting competition on July 26 at the Tokyo International Forum.

She also became the first Filipino female athlete to win double Olympic medals after her silver at the 2016 Rio Olympics.

“I want to say to the young generation in the Philippines, ‘You can have this dream of gold too’.

“This is how I started and finally I was able to do it.”

She cleared 94kg in her first snatch attempt, then proceeded to tie the previous Olympic record of 97kg in her second attempt.

After Muattar Nabieva of Uzbekistan cleared 98kg to reset the Olympic record in snatch, Diaz looked to take the lead with 99kg, but did not record a lift.

By her second attempt of lifting 124kg in the clean and jerk, Diaz went head-to-head with China’s Liao Qiuyun, the world record holder who took the lead with 126kg in her third attempt.

But the Filipina took home the gold with the 127kg to close out the event.

She returned home empty-handed in the 2008 Beijing and 2012 London Olympics before her breakthrough performance in the 2016 Rio de Janeiro Games, where she won a silver in the women’s -53 kg.

She is the first Filipino athlete to bag an Olympic medal since 1996, when boxer Mansueto “Onyok” Velasco clinched silver in the men’s light flyweight division.