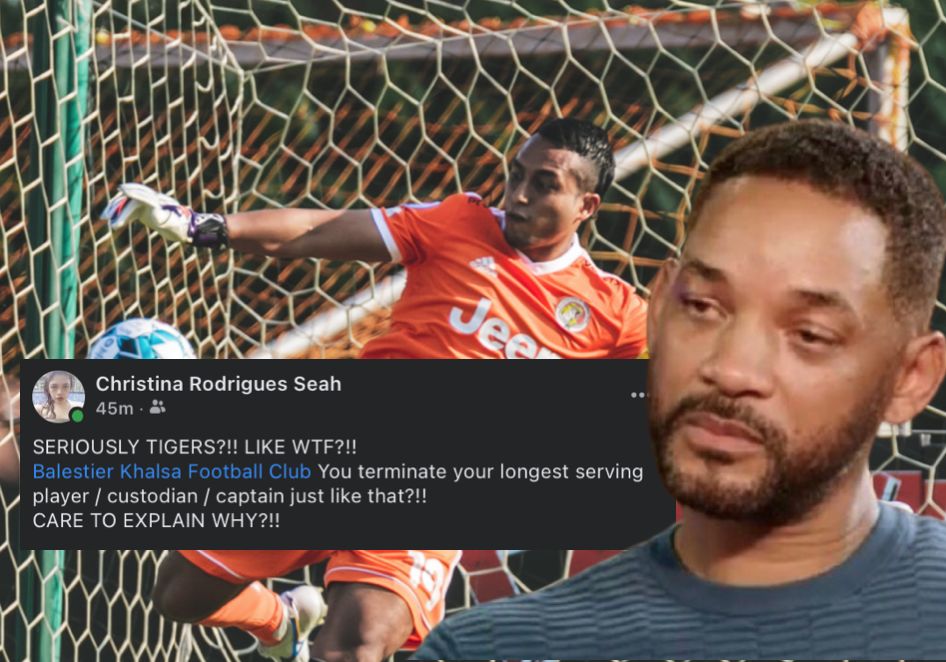 In a single line statement which was just 33 words-long, Singapore Premier League club Balestier Khalsa announced that it has sacked Zaiful Nizam, its first choice goalkeeper.

34-year-old Zaiful has been with the club since 2013, and had been suspended after the club’s 4-2 loss to Young Lions on 14 August after it was revealed that he refused to be fielded in the match.

The club did not reveal circumstances of the incident, nor did it share who was involved in the disciplinary hearing.

It is also not known if Zaiful was represented in the hearing but has a week to file an appeal, according to the Straits Times.

The club also prevented fans from commenting on the Facebook post which announced the sacking, a point which further pissed fans off.

In a Facebook post posted on 19 August, former Football Association of Singapore council member and former national goalkeeper Yakob Hashim appeared to shed some light on the case.

Fans who shared the announcement made their comments on their own walls, with many showing their displeasure over the treatment of Zaiful especially in the absence of facts surrounding the incident.

Separately, it is not know why the club appears to have airbrushed and blurred off the name of a sponsor on the advertising boards in the photo used in its announcement.

The photo on the left in the montage below is the original while the photo used to accompany the sacking of Zaiful in the announcement is on the right.

See image used in the Straits Times story published on its online version.

Balestier Khalsa are currently second from bottom in the Singapore Premier League standings, with the same number of points as bottom side Young Lions.

Have a football horror story for us? Connect with us at hello@themonitor.sg or follow us on Instagram.