What’s going on with Tampines Rovers? 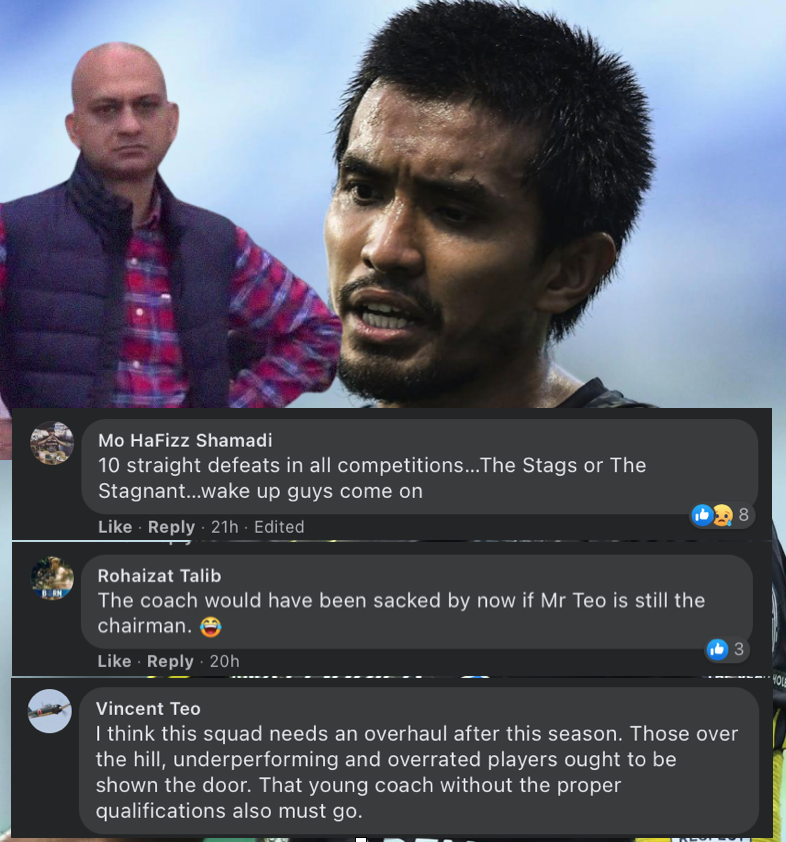 Their last four matches in the Singapore Premier League have a familiar ring to the end result.

The last time Tampines Rovers actually won a match was on 15 May against Balestier Khalsa.

Since then, including the six losses on the trot at the Asian Champions League competition, the Stags are now 10 matches without a victory.

They appear to have forgotten how to pick up full points from a football match and the lack of confidence is showing on the field of play, coupled with some arse luck.

Against Geylang International on 25 August at Our Tampines Hub – the Eastern Derby – Gavin Lee’s men went into the breather with a goal to show, with Boris Kopitovic squeezing in a header off a corner just at the stroke of half time.

But even Lee would admit that until then, his side did not look like it was as threatening as he would have desired.

It also did not help Lee’s cause that his regular goalkeeper Syazwan Buhari could not make the starting 11 because of injury.

In the post match interview, Lee admitted that “we aren’t feeling too good right now.”

“We recognise our position, it is a climb upwards.

“We must suppress the negativity in that sense and think about the next game.

“In football if you don’t score, you don’t win games.”

However, while Lee will need to leap into the next clash against Tanjong Pagar United with as much positivity as possible, the signs do not appear too rosy for the Stags.

A Tweet by defender Madhu Mohana, who came on as a substitute in the clash against the Eagles sums up our thoughts as well.

Lee needs to find the answers sooner rather than later.