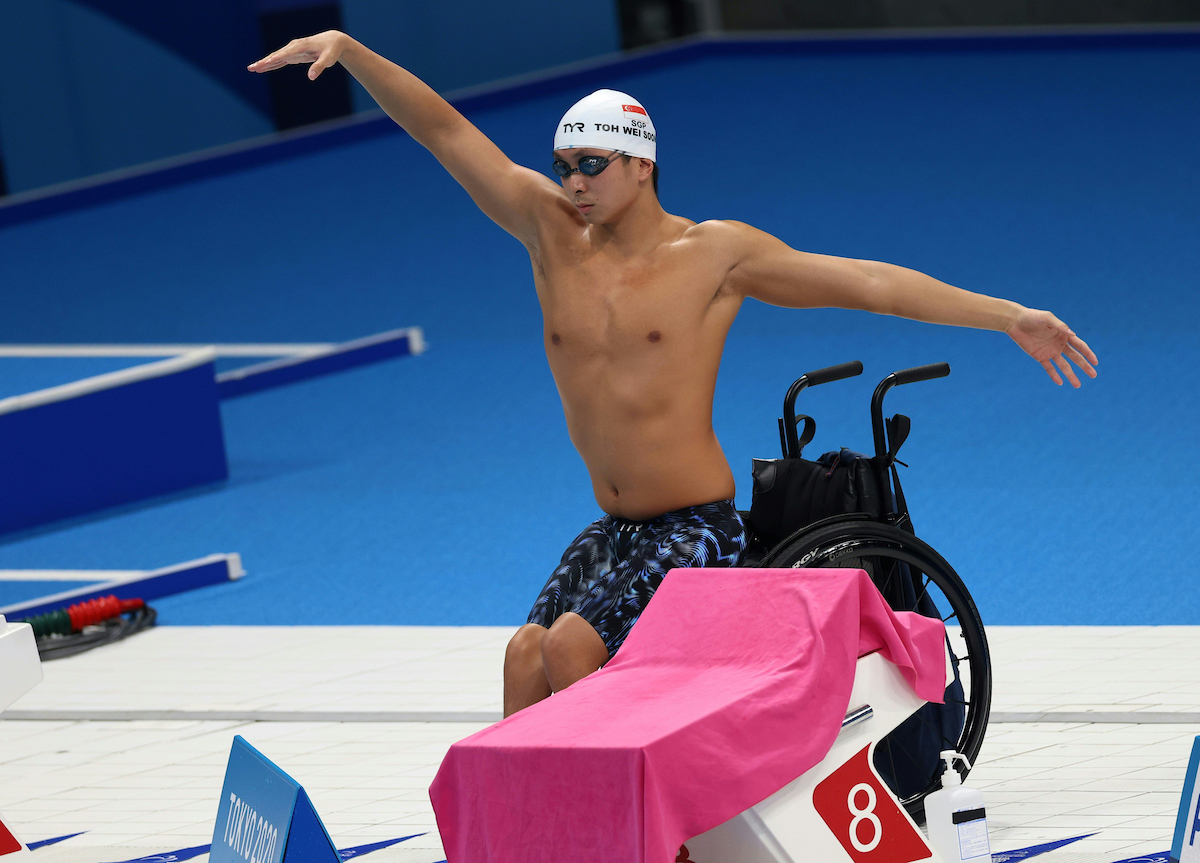 Singaporean para swimmer Toh Wei Soong finished seventh and clocked a personal best in the Men’s 50m Freestyle – S7 Final, with a time of 28.65s and also set a new national record in the event.

In his previous final, he had also finished in seventh position in the Men’s 400m Freestyle – S7.

“To be able to swim in Tokyo and to be able to be a part of this special Paralympics experience, so far, it’s been a great couple of days and I’m very happy with the experience,” he said.

“Being able to train in a world-class pool, to compete in a world-class facility and to share these moments with so many talented athletes who I have had the privilege of competing against for years.

“Of course, I was also happy that I was able to smash through the 29-second barrier at this Paralympic Games.”

He added that he was smiling after the race because of the swimmer next to him from Colombia – Carlos Daniel Serranto Zarata – who had won a silver.

“Seeing the excitement in his face when he won the silver, it would be very difficult not to share that moment with him, having raced him for many years now.”

His new national record was faster than the 29.01s achieved at the 2018 Asian Para Games as well as in the heats of his event at the Tokyo 2020 Paralympics.

Toh’s third and final event will be the Men’s 50m Butterfly – S7 to be held on 3 September.