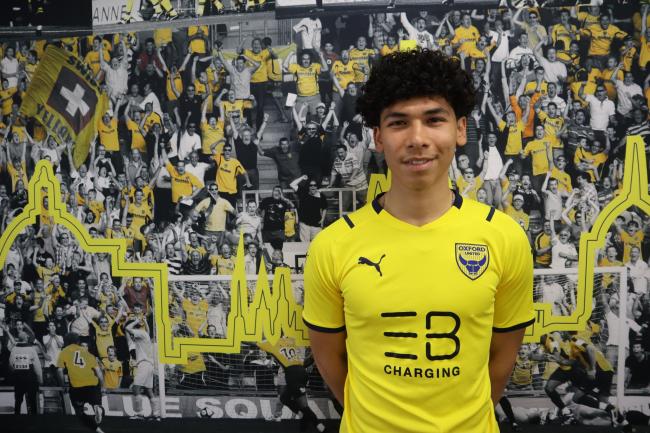 While football fans were fixated on whether Kylian Mbappe would join Real Madrid on transfer deadline day, another name which ended up on the transfer trail caught our attention.

English League One side Oxford United announced the signing of former Singaporean and now Thai international Ben Davis from Championship side Fulham.

20-year-old Davis, who was born in Thailand but grew up in Singapore, moved to London to take up a scholarship at Craven Cottage.

He has been a regular in Fulham’s U23 side over the last two seasons.

Said Davis, “It’s an exciting move for me. I am looking forward to playing men’s football.

“I like to think I work hard, can create things and I think this is a chance to push for a place in the senior side at a really good club who play good football.

“I just aim to work hard and see what I can do for the team.

“Hopefully I can break into the squad, play in front of the fans and bring something to the team.”

Davis made his senior debut in a Carabao Cup defeat to Southampton in August 2019 and played five times for Fulham’s Under 23s in the EFL Trophy.

The Oxford Mail gave a bit of Davis’ background when it announced his signing.

The daily said that Davis was the first Singaporean to sign a professional contract with a Premier League club when he agreed terms in west London in 2018 and that when he applied to defer his national service which was denied, he “did not report for national service he was considered a defaulter by the country’s Ministry of Defence.”

Oxford United manager Karl Robinson said that Davis “got energy” and “has been through the system at a terrific club who have a history of helping young players develop.”

Meanwhile, Singapore announced its plans to qualify for the 2034 World Cup in March 2021.