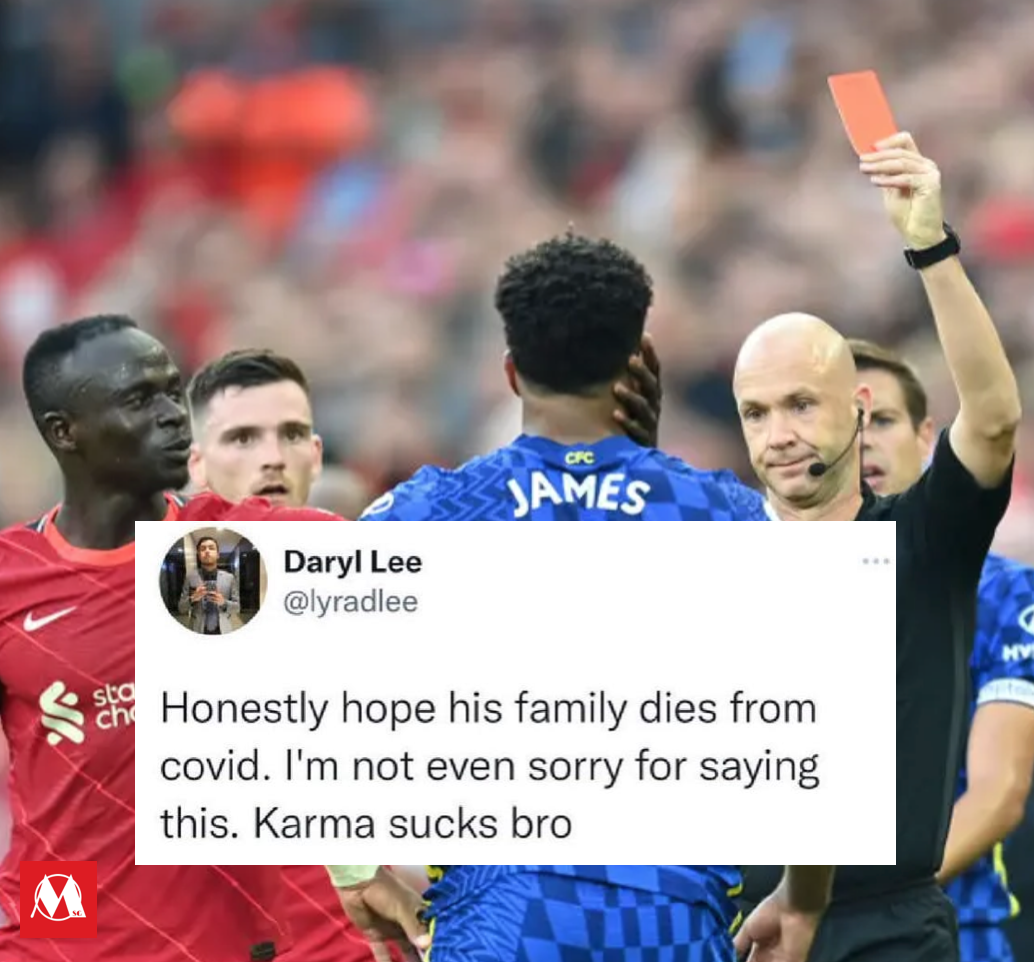 A Twitter user, who appears to be a Singaporean, has allegedly left an ill-meaning tweet hoping for the referee who oversaw the Liverpool v Chelsea match to “die from Covid”.

Referee Anthony Taylor sent off Chelsea’s Recce James almost at the stroke of half-time, and awarded a penalty to Liverpool, which was converted through Mohamed Salah.

If you did not watch the match and have no clue what happened, watch the highlights here.

After being called out on the tweet, the user @lyradlee then deleted it, but not before fast-fingered and eagle-eyed Twitter users had already made multiple screengrabs and called him out on it.

TMSG tried to send @lyradlee a private message on Twitter, but it appears that he has disabled the function which allows users to send him any private messages.

Another Twitter user – @OleRedBus – has even said the he has “emailed your company already”.

@lyradlee’s tweet comes just a day after Lion City Sailors striker Stipe Plazibat shared on Twitter that he had been sent an abusive private message on Instagram.

A police report made, the issue is now being handled by the police.

In July, another Singaporean – Derek Ng De Ren – was sentenced to nine months of probation for threatening to kill English Premier League footballer Neal Maupay and the sportsman’s family members.

The Brighton and Hove Albion Football Club forward and his family were in Britain when Ng had made the threats in June 2020.

It is not known if anyone has reported @lyradlee’s abusive tweet to the Singapore Police.