What a farce as Brazil v Argentina World Cup qualifier is abandoned. 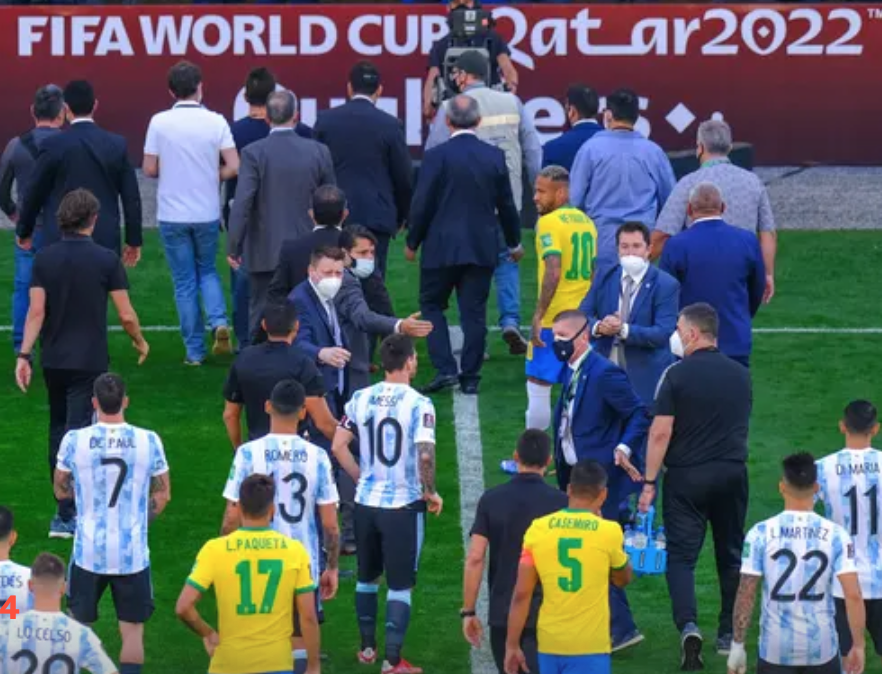 As if there isn’t enough drama already when Brazil and Argentina face each other on the football pitch.

On 6 September, the World Cup qualifier between the two South American giants was abandoned just barely under way when Brazilian health officials apparently invaded the pitch to object to the participation of three Argentine players whom they thought had broken the country’s quarantine rules.

The intervention at the match came hours after the health authorities said four England-based players from Argentina needed to quarantine based on prevailing rules.

Under Brazilian rules, visitors who have been in the UK in the 14 days before entering the country must quarantine for 14 days on arrival.

The four players were Emiliano Buendia and Emiliano Martinez of Aston Villa, and Giovani Lo Celso and Cristian Romero of Tottenham Hotspur.

The Argentines walked off the pitch at the Corinthians Arena after the officials came out to stop the match.

Fifa confirmed the suspension of the game, adding that “further details will follow in due course”.

South American football’s governing body Conmebol said a tweet soon after that “”By decision of the match referee, the match organized by Fifa between Brazil and Argentina for the World Cup Qualifiers is suspended.”

“The referee and the match commissioner will submit a report to the Fifa Disciplinary Committee, which will determine the steps to be followed. These procedures strictly adhere to current regulations.”

According to news service AFP, Antonio Barra Torres, director at Brazil’s health regulator Anvisa, said on Brazilian television, “We got to this point because everything that ANVISA directed, from the first moment, was not fulfilled.”

“The four players were directed to remain isolated while awaiting deportation, but they did not comply.

“They went to the stadium and they entered the field, in a series of breaches.”

Argentina manager Lionel Scaloni said, “It should have been a party for everyone, to enjoy the best players in the world.”

“At no time were we notified that they couldn’t play the match.”

The Argentine Football Association said that the team had been in Brazil since 3 September and had complied with all the health protocols.

“Football should not experience these kinds of episodes that undermine the sportsmanship of such an important competition,” said the association.