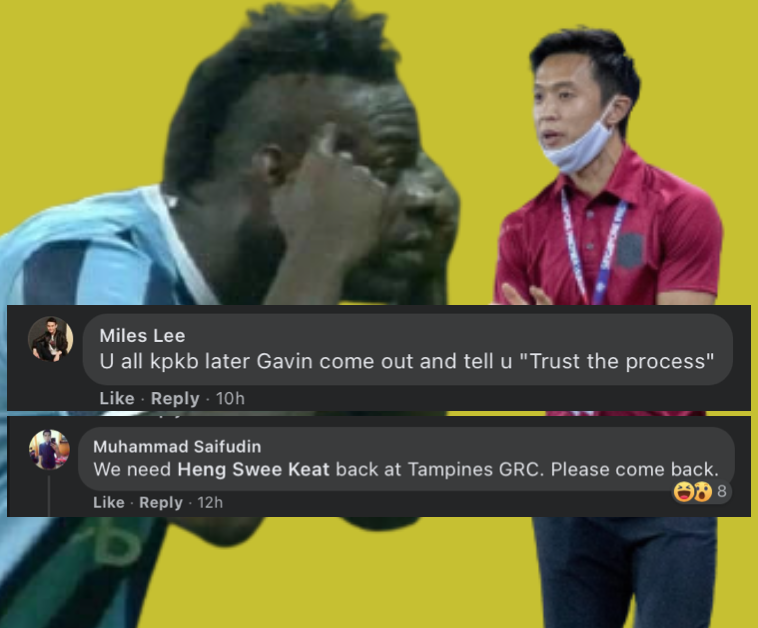 Fans of Tampines Rovers have railed against their own team after yet another heavy defeat in the AIA Singapore Premier League.

On 21 September, the Stags were handed a 6-1 hammering in their own backyard by the Lion City Sailors.

A result which was too much for its own fans to take, well at least on Tampines Rovers’ own Facebook page.

Fans posted their thoughts and comments, and sense of disappointment and exasperation at the Stags’ run of results.

One fan posted the string of results all the way from May, chronicling the team’s fall from grace.

Apart from a 2-1 win against on Young Lions on 19 September, the Stags have 12 losses and a draw to show.

Quite a number were also calling for Stags coach Gavin Lee to take responsibility for the poor run of results.

One fan also ended up blaming the Football Association of Singapore.

And of course, there’s always that one netizen who will come up with a gem.

At least one player posted a retort to the fans’ comments.

Lions defender Madhu Mohana put up a tweet, which only legends will understand.

Tampines Rovers will face off against potential champions-elect Albirex Niigata on 24 September.

With the Stags set to finish in fourth spot, they have secured as Asian Football Confederation Cup slot for 2022.