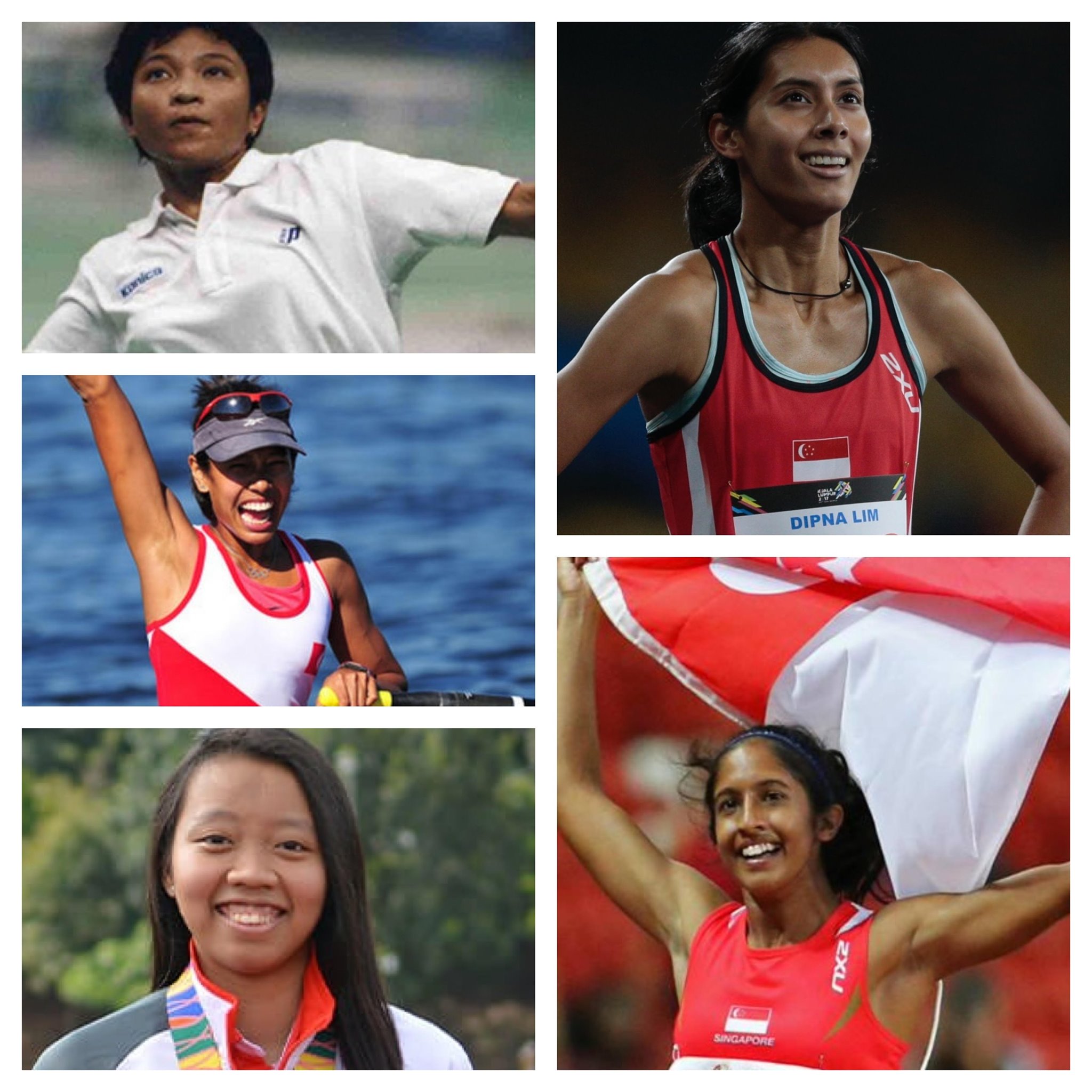 There has been only 5 athletes from Singapore’s Indian and Malay communities who have made it to the Olympics over the last 25 years.

From Atlanta 1996 right down to Tokyo 2020, there were a total of 141 Singaporean athletes who represented Singapore but only 5 were Indians and Malays, which is only 3.5% of total representation.

All five Malay and Indian athletes who made it to the Olympics since 1996 were females.

None have won medals, and even at the Asian Games, the last time Singapore won a gold medal through a Malay or Indian athlete was at the 2002 Asian Games in Busan when Abdul Halim Haron won a gold in bodybuilding.

Over the last quarter of a century, Singapore has only had two Indian athletes – Veronica Shanti Pereira and Dipna Lim Prasad (mixed parentage) qualify for the Olympics, and both on wild-cards.

Correspondingly, there have been only 3 Malay athletes who have made the Olympics – fencer Kiria Tikanah (Tokyo 2020), rower Saiyidah Aisyah Mohamed Rafa’ee (Rio 2016) and badminton player Zarinah Abdullah (Atlanta 1996), who all qualified on merit.

There were six others who were either Eurasians, of mixed parentage or Indonesians who were granted citizenship to represent Singapore in badminton like Shinta Mulia Sari and Hendri Saputra.

What are the reasons why athletes from minority groups are not making it in individual sports or qualifying for the Olympics?

There is also circumstantial evidence to show that athletes from minority races tend to take part in team sports like hockey and football.Singapore’s self-help groups for minorities should start looking at helping athletes from the Malay and Indian communities succeed at the highest levels of the sporting world, in addition to all the good work they are currently involved in to lift the livelihoods of minorities from the Indian and Malay communities.

At the National Sports Association (NSA) management level, there is also a lack of racial and gender diversity in the boardroom, with many NSAs being dominated by a single race and gender when it comes to decision making.

The one NSA where that was some level of racial (not gender) diversity was the Football Association of Singapore.

The national sports agency Sport Singapore has of late been looking at having NSAs amend their Constitutions to have more independent members on the board.

However, gender and racial representation did not seem to be a priority as part of the review.

Which is why the Singapore National Olympic Council’s make-up of its decision-making body which shows zero representation from minorities is jarring.

As a minority who has spent most of my career life being involved in the sector in various ways, I see it as a problem which needs to be addressed.

The evidence is clear.