Young Lions are at the bottom of the table but coach Philippe Aw has been nominated for Coach of the Year. 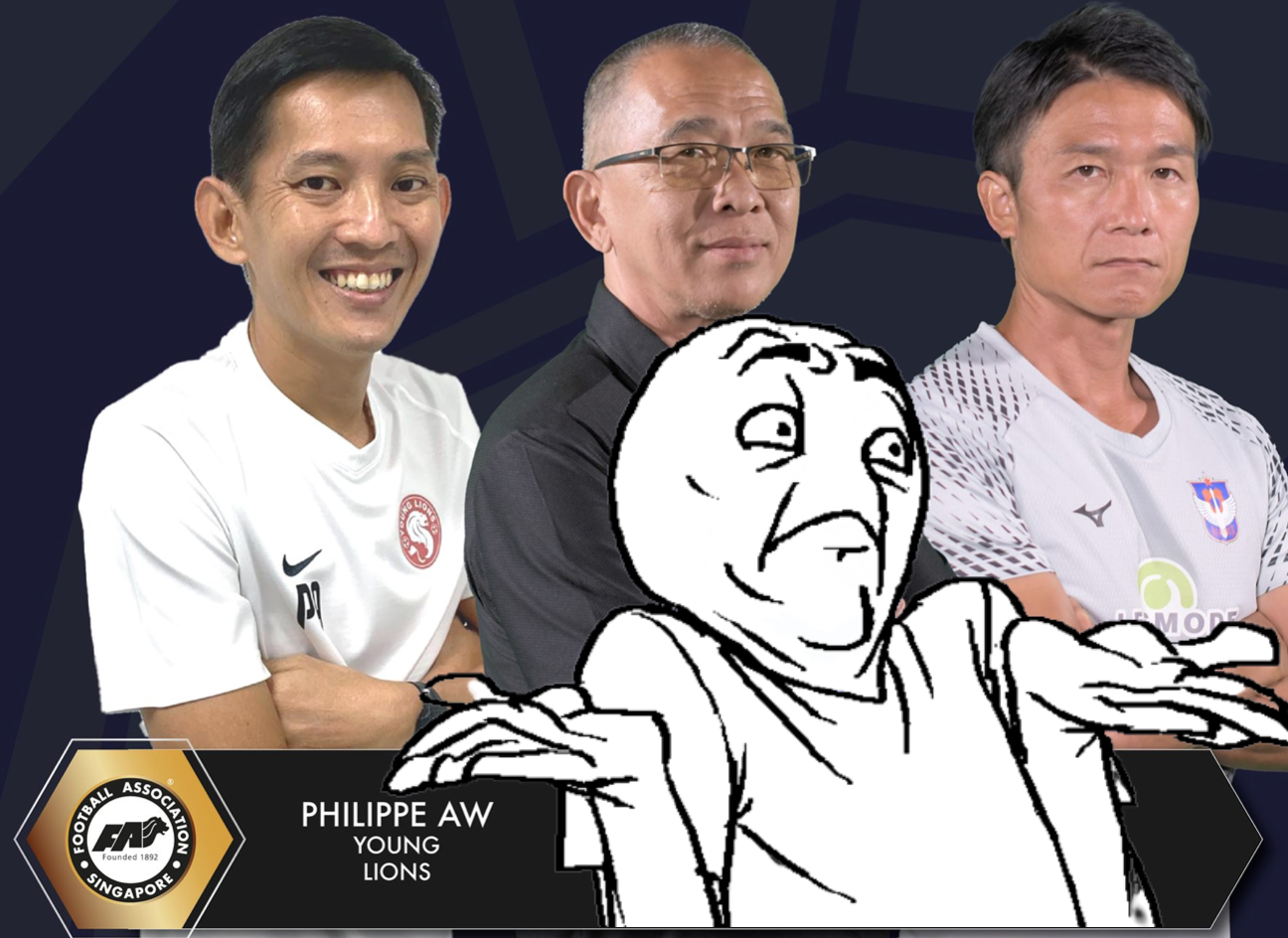 The AIA Singapore Premier League sure knows how to court controversy.

On 7 October, the organisers of the Football Association of Singapore Awards Night announced its nominees for among others, the Coach of the Year award.

And eyebrows have been raised because Philippe Aw, whose team is right at the bottom of the table has been nominated for the Coach of the Year ahead of others notably like Hasrin Jailani from Tanjong Pagar United.

Former national winger and current Jaguars winger Ridhuan Muhammad put up a Facebook post questioning the criteria for the nomination.

According to a post on the FAS website, Aw “earned plaudits for the way his Young Lions side has performed in his first season at the helm.”

But his team will finish at the bottom of the table, even if they win their last game of the season.

The Young Lions have lost 13 of their matches so far this season and have won only three.

The other two Coach of the Year nominees are Keiji Shigetomi of Albirex Niigata and Clement Teo from Hougang United.

Albirex Niigata could still nick the championship on 11 October while Hougang United finished the season in fourth place after third-placed Tampines Rovers.

Fans of the Jaguars have made known their feelings on social media.

A page – the Jaguar Force – put up a post in support of Hasrin.

“While each of the nominated Coaches have their merits to their nominations, TJF feels that Coach Hasrin Jailani should have been nominated as well.

“Coach Hasrin, along with the Jaguars Coaching Staff, has certainly turned around from the 2020 season to build one of the most cohesive team in the SPL, and his dedication to be better than last season has certainly propelled the Jaguars to a much higher performance this season, from recording our first win since returning to the League, to even beating title contenders Albirex Niigata (S).”