We need a club in the north, fans tell MP Mariam Jaafar. 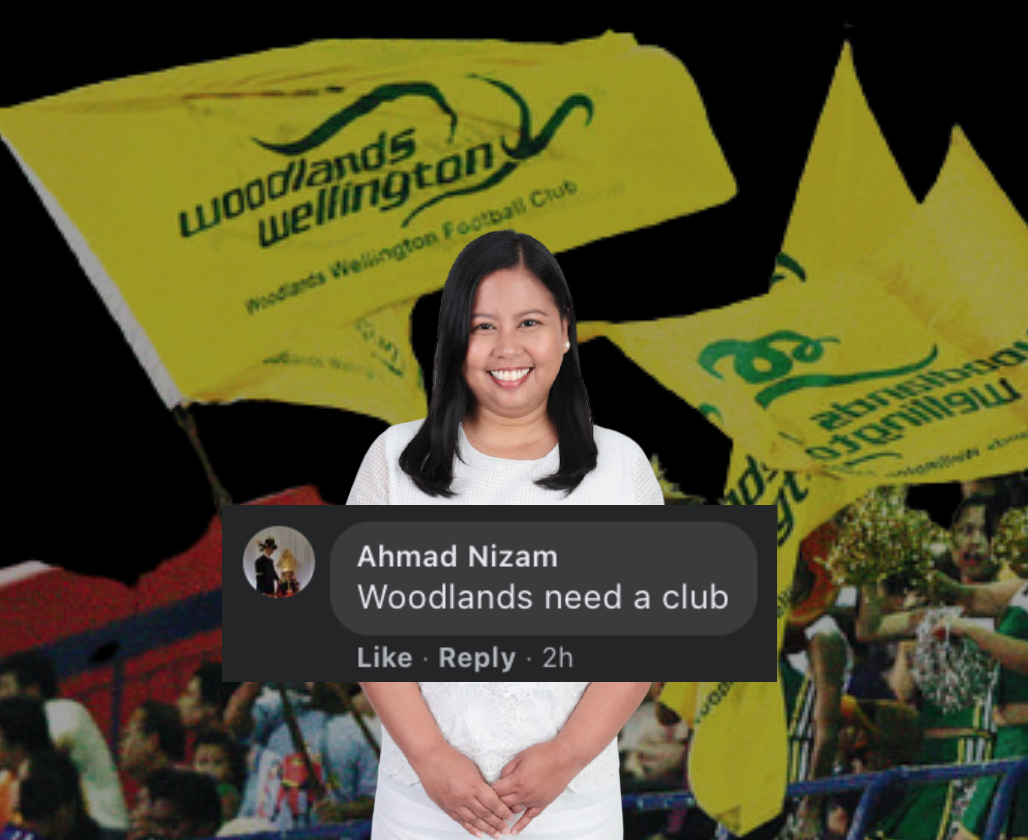 Football fans who have been longing for a football club in the north of Singapore wasted no time in getting their message across to Sembawang Group Representation Constituency Member of Parliament Mariam Jaafar on Facebook.

They found an opportunity when the first term MP posted a congratulatory note to the Lion City Sailors following their crowning as champions on 10 October, calling them “a proper football club”.

But the MP, who is a self-confessed Liverpool fan, found herself inundated with comments asking for a football club to represent the northern part of the island, which used to have clubs like Sembawang Rangers and Woodlands Wellington based in Yiishun and Sembawang.

One fan specifically asked for former S-League side Woodlands Wellington to return to football, a prospect which is almost impossible.

But while northern fans, which included former Woodlands Wellington team manager R Vengadasalam, made their feelings known about having a football team in traditionally one of Singapore’s most fertile grounds for the unearthing of football talents, there were also those who were attempting to call her out for being jumping on the Lion City Sailors bandwagon.

Her spelling of Song Ui-young was also questioned, after she made a typo and spelt it as “Sung”.

One other fan took umbrage at her mention of Lion City Sailors as a “proper football club” and said she did not do justice to the likes of Tampines Rovers and SAFFC.

Last we checked, SAFFC was no longer in the league as it had changed its name to Warriors FC, which is now a sit-out club.

Not everyone agreed with the harsh comments, with someone saying that those who were questioning her were being too harsh and had “an axle” to grind with her.