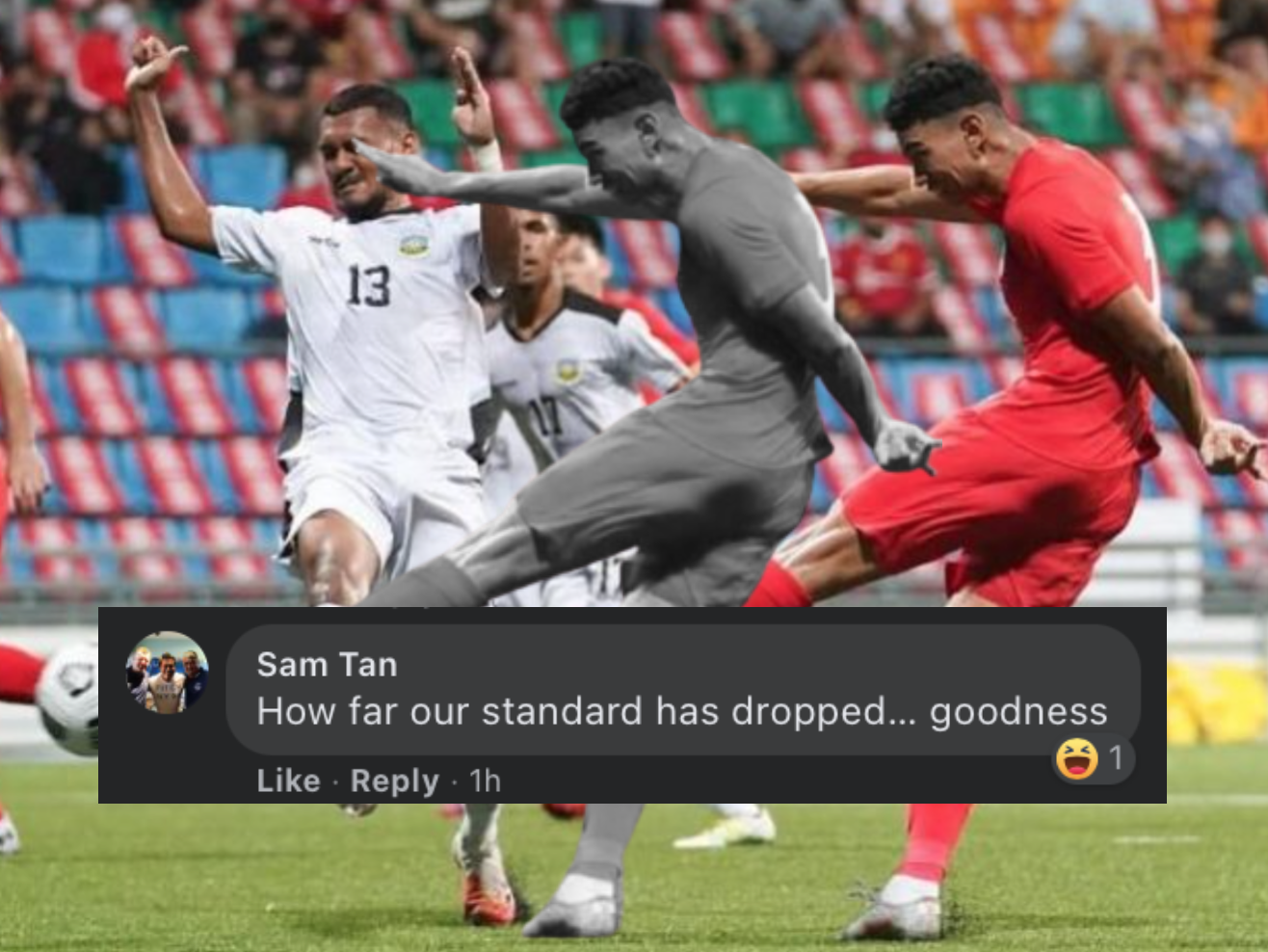 Singapore football fans, as expected, expressed their thoughts and feelings after the Young Lions could only come away with a 2-2 draw against Timor-Leste in a Group H Asian Football Confederation (AFC) U23 Asian Cup Uzbekistan 2022 at the Jaan Besar Stadium.

From the lack of ‘live’ telecast on free to air channels or on socials, to the team line-up, to the ages of the Timor-Leste players, fans let rip.

The Football Association of Singapore website which carried the match report read “Singapore rescue point against Timor-Leste in AFC U23 Asian Cup Qualifiers opener”, an accurate reflection of what transpired.

If not for gangly Jordan Emaviwe who popped in the equaliser at the death, Nazri Nasir’s men would have walked away with what would have been an embarrassing outcome against a side considered minnows of the region.

“Getting a point so late in the game is something for us to build on and we just have to keep going for the upcoming two group games,” said Emaviwe, who was making his U22 debut.

Here’s how fans reacted to the 2-2 draw, the first international match to be played at the Jalan Besar Stadium since the Lions pulled off a 2-1 win over Palestine in a World Cup qualifier in September 2019.