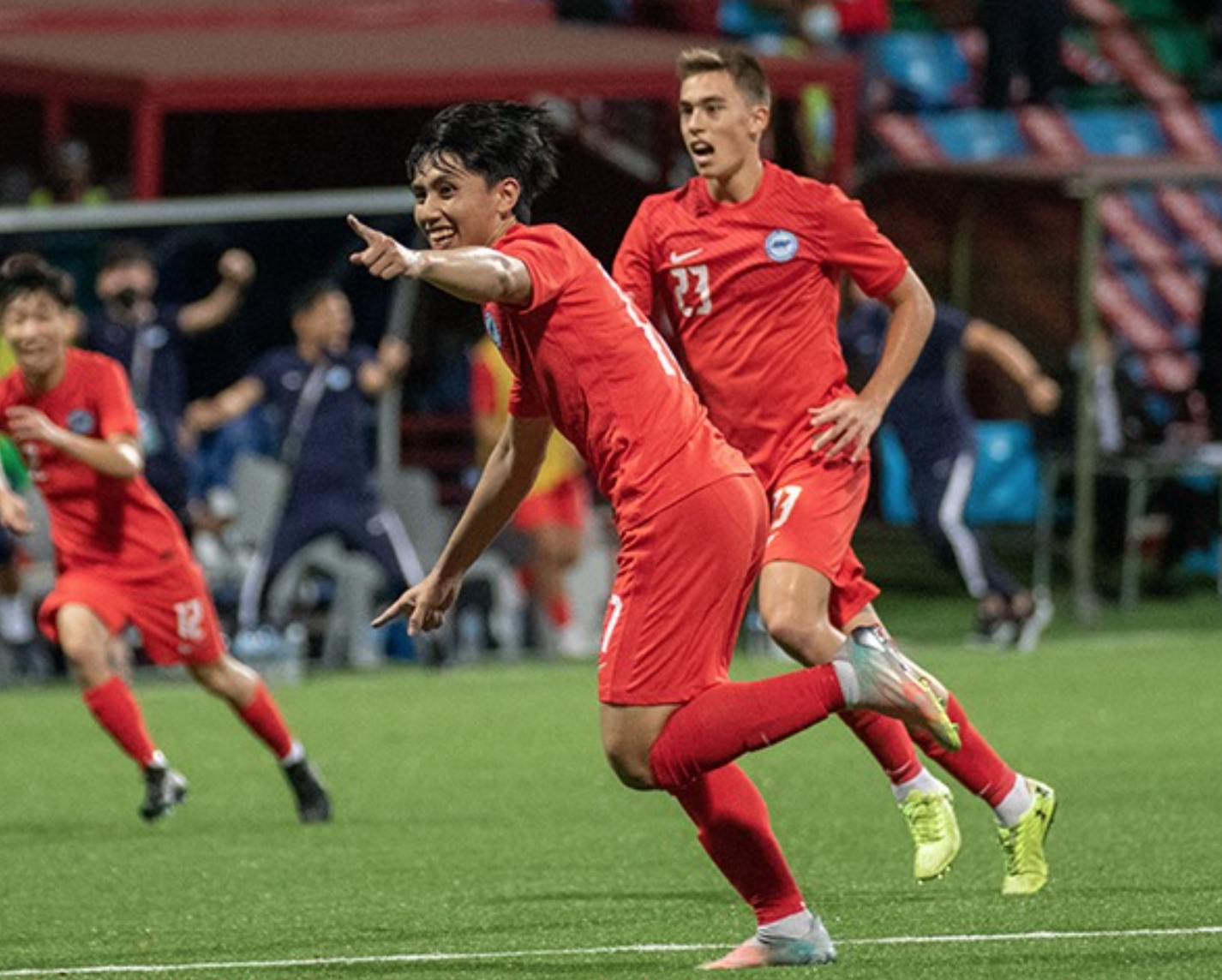 If you are a Singapore football fan, you will need to start getting used to the name Glenn Kweh.

On 28 October, the 21-year-old who dons the number 17 jersey for the U22 national side, made his case for possible inclusion into Singapore’s Suzuki Cup squad as a back-up striker for Tatsuma Yoshida after finding the net again.

Kweh’s goal in the 51st minute was enough to help the Young Lions see off the Philippines in the Group H Asian Football Confederation U23 Asian Cup qualifiers.

It was his second goal in two matches at the qualifiers, having scored Singapore’s opening goal against Timor-Leste on 25 October.

It was not entirely the best display from both sides with play being scrappy for large parts of the match.

But a moment of brilliance from Kweh just minutes after the start of the second half helped Nazri Nasir’s boys secure all three points from the qualifier, and remain in contention for qualification to the U23 Asian Cup.

All they need to do would be beat Korea Republic in their final match of the qualifiers.

A tall order, but that is what is at stake, if they are keen to qualify for the 2022 U23 Asian Cup to be held in Uzbekistan.

The Azkals did have once good (and maybe only clear) chance to take something from the game, but former RB Leipzig winger Oliver Bias unfortunately saw his penalty kick hit the crossbar.

The Young Lions will face off against Korea Republic on 31 October.