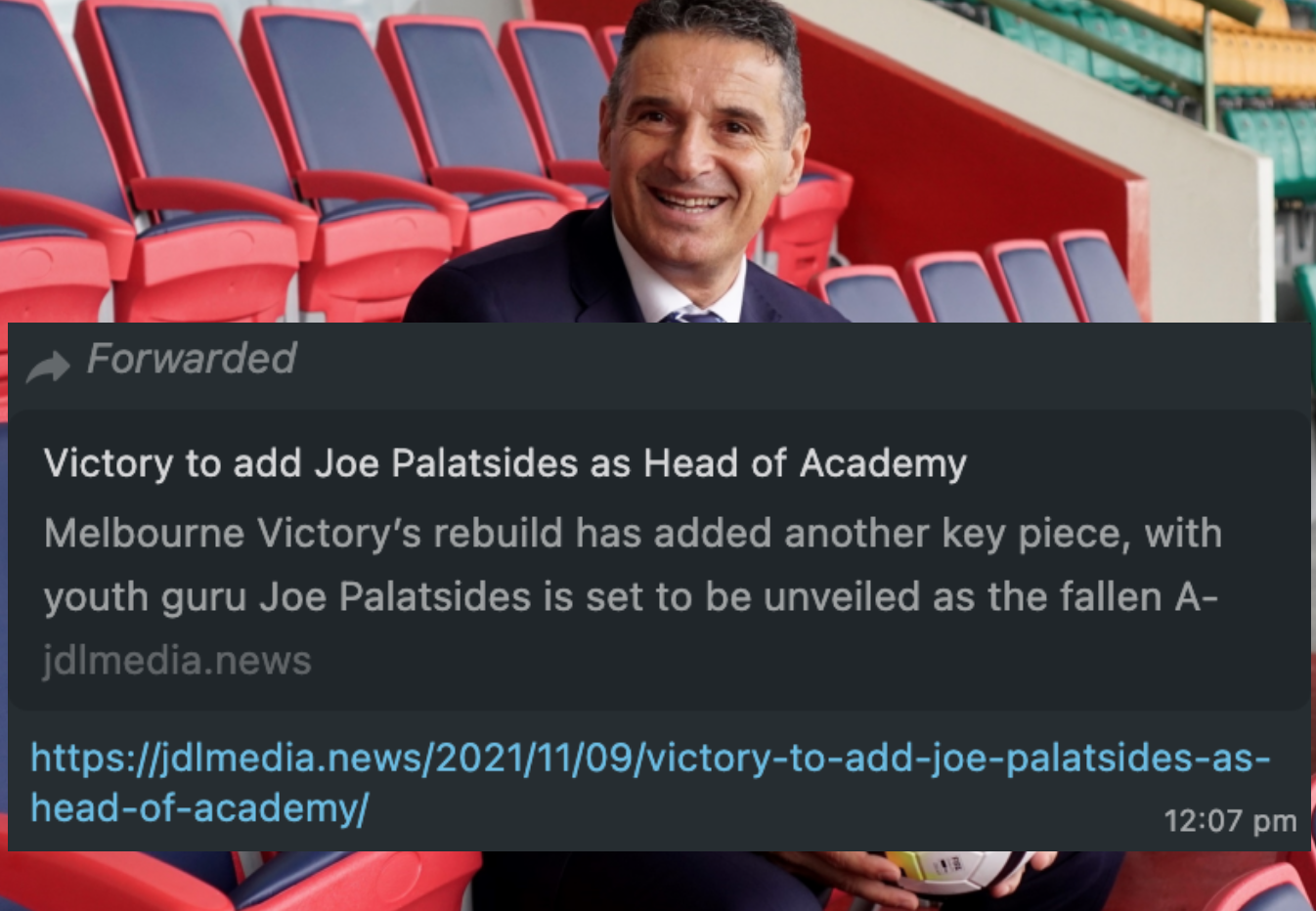 Singapore’s football Technical Director Joe Palatsides may already have a new job waiting for him in Australia.

But has he even resigned as Singapore’s Technical Director?

Not that we have read any statement from the Football Association of Singapore (FAS) yet.

Maybe they were blindsided by the turn of events as well.

What TMSG can reveal is that a story was posted on Australian website JDL news site, run by Melbourne-based journalist and creator Joey Lynch announcing Singapore’s current Technical Director as the soon to be unveiled Melbourne Victory Head of Academy.

The youth guru was apparently the key piece as the Australian club was rebuilding.

Did JDL News get it wrong?

The link was being shared around but was promptly taken down.

The summary indicated very clearly that Palatsides may already be on his way out from Singapore.

The Australian, appointed as Singapore’s technical director in 2019, was recently given a contract extension for another two years in June 2021.

He has been working from home in Australia since June and was due back in Singapore at the end of September.