Suzuki Cup Fair Play award for Indonesia is a joke and a farce. 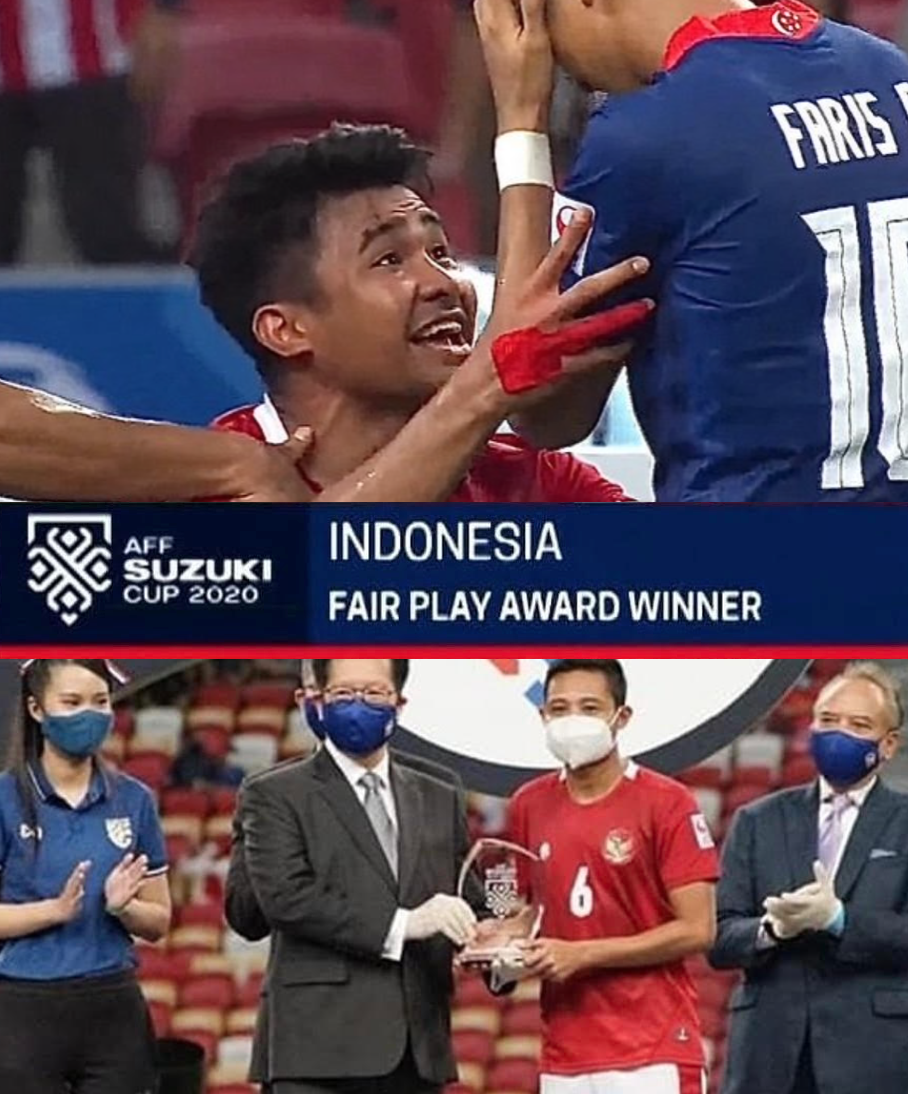 It was a moment which probably gifted the Indonesians with the ability to book their spot in the final of the Asean Football Federation Suzuki Cup 2020.

When Faris Ramli missed his spot kick, the Indonesian skipper Asnawi Mangkualam appeared to mock him by kneeling in front of the Lions forward and muttering something, which was captured on television and still images, only to be shoved off by midfielder Shahdan Sulaiman.

Indonesian coach Shin Tae-yong told South Korean daily The JoongAng after the match that he was “surprised when I watched the match again” and also told his skipper “not think about joining the national team” if he repeated such an act again, for as long as he was the national coach.

So imagine the reactions of many fans in Singapore, and possibly around the region, when Indonesia were gifted the Fair Play award by the Asean Football Federation at the presentation ceremony following the final on 1 January 2022.

What’s worse, the statistics on the AFF Suzuki Cup website also does not seem to justify the award.

Just through a comparison of the four semi-finalists, it appeared that Indonesia had committed the most fouls, and had the second most number of yellow cards after Thailand.

So what exactly was the criteria used by the AFF in its decision in awarding the Fair Play award to Indonesia?

Singapore double Southeast Asian Games gold medal winner in the marathon Soh Rui Yong said in a Facebook that “I’m all for sportsmanship but these Fair Play Awards are really a joke these days.”

Netizens and football fans, obviously still seething from Singapore’s elimination from the semi-final, seem to be disgusted with the presentation of the Fair Play award to the Indonesian team.

A post by TMSG over the issue has since been shared more than 80 times.

Netizens did not mince their words and at times were also lost for some.