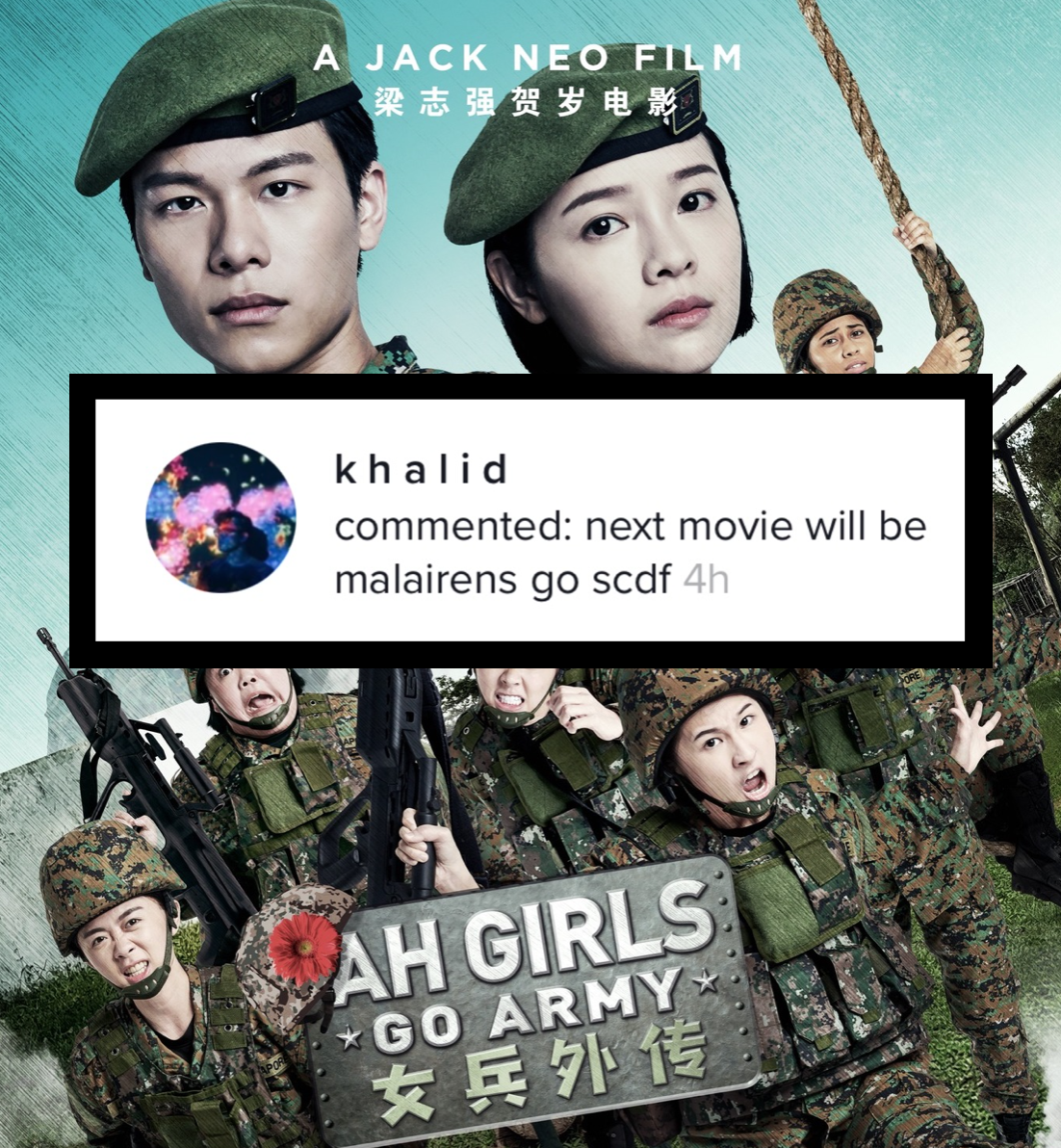 From shooting to edit to the big screens in just two and a half months.

That itself should indicate how much of effort was put into “Ah Girls Go Army” for the Singapore audience.

After all, it is very easy to entertain the Singaporean minds with mindless crap.

On 16 January, the trailer for Jack Neo’s latest escapade was made public.

On the “Ah Girls Go Army” Facebook page alone, there was a grand total of 19 reactions as of 18 January, and only 16 shares.

There was more traction on the Ah Boys To Men Facebook page though.

The two and a half minute trailer gives an indication of how the movie will pan out when it opens in theatres on 1 February.

“Ah Girls Go Army” is the fifth movie in the “Ah Boys To Men” franchise, which was given Neo and his movie making antics $26.8 million at the box office so far since 2012.

It is unsure when the franchise will see its end and fans are reacting.

Comments by TMSG followers on TikTok have been giving the trailer (and presumably the upcoming movie) the thumbs down.

Fans lamented about the speed of production, the objectifying of women, the misogynisic undertones and wth some being direct and saying that the movie was a joke.

Comments about lack of diversity in the movie also crept in, with some questioning how reflective was the movie about Singapore.

See sample of comments making it to the post, which has been viewed more than 100,000 times since being posted on 17 January.