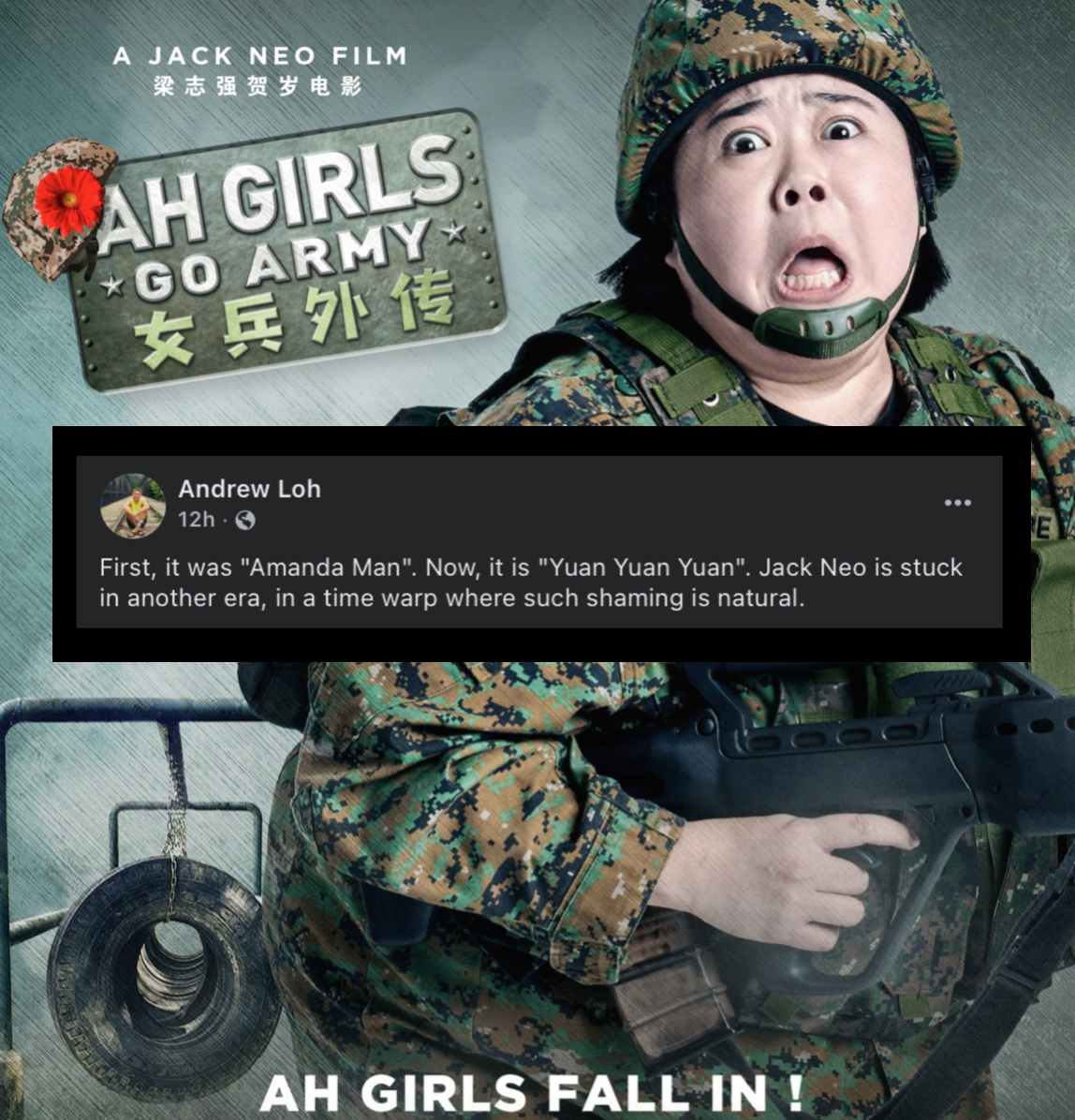 A story by alternative news site Wake Up, Singapore posted on 26 January has received more than 300 comments with a majority of comments against the use of what some netizens called “low brow humour”.

Central to the comments was what netizens are considering as fat shaming of a character in the movie, who was named Recruit Yuan Yuan Yuan.

The actress who took on the role is Xixi Lim.

Netizens explained why this was a blow below the belt, while others just let their feelings fly.

The questions around the character Yuan come a few months after Neo was called out for naming another character Amanda Man.

This character was renamed as ‘Amanda Ong’.

With the controversy now around Yuan, Neo was called out on this by a netizen who felt that it was intentional on his part.

Speaking to reporters at a press conference on 28 January ahead of the movie’s gala premiere, Neo said, “I want people to go to the cinema and watch the movie and judge it by itself, because I think what Xixi did in the movie is more than what they are thinking.

“So to be fair, I think it’s better for these people commenting to watch the movie first.”

Netizens called him out on this too, which is basically his way of ensuring that his latest offering brings home to dough.

The movie opens to the public on 1 February.