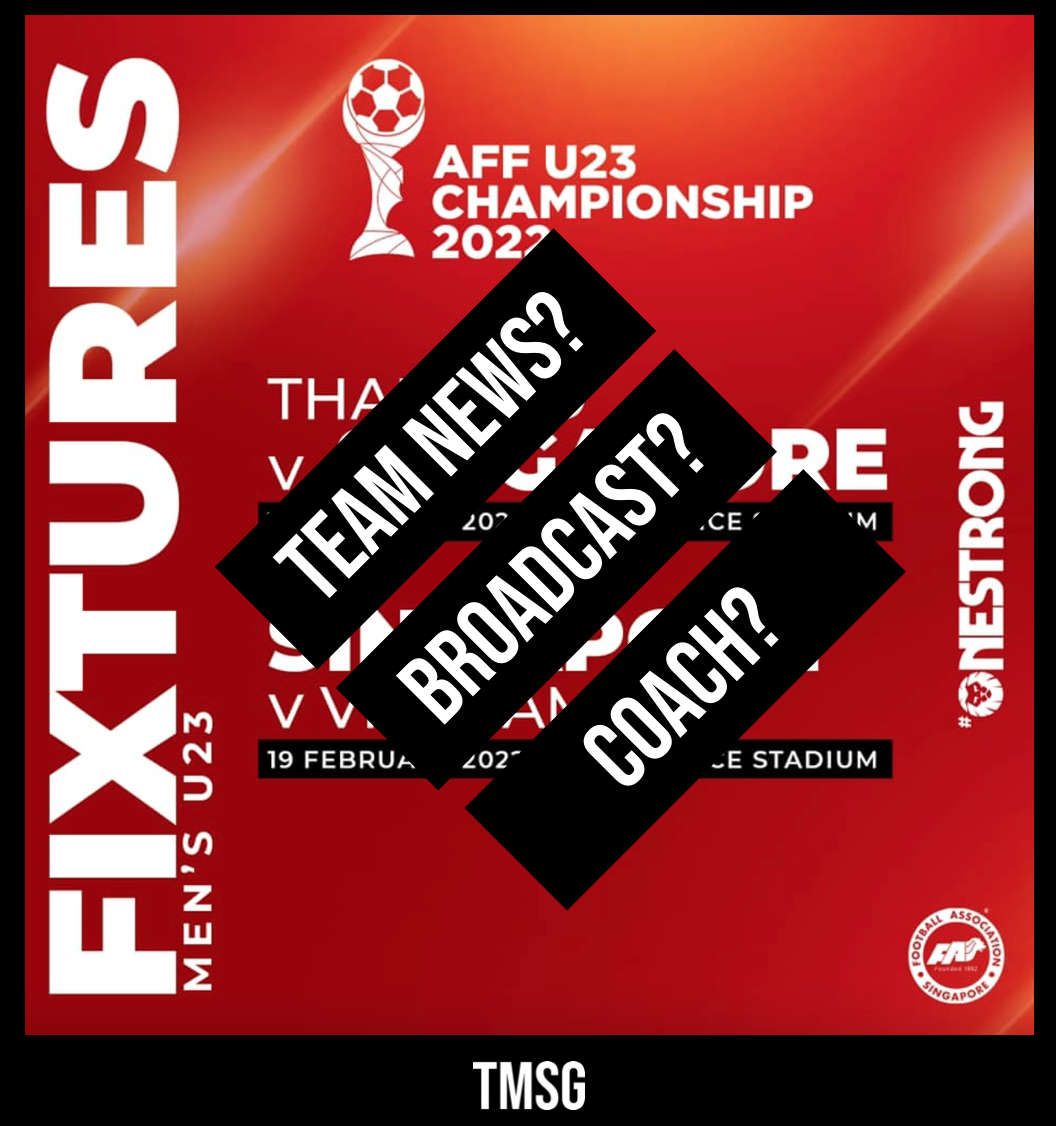 The lack of information about Singapore’s U23 team headed to Cambodia for the upcoming Asean Football Federation U23 Championship has irritated a few Singapore football fans.

On 19 January, the Football Association of Singapore (FAS) put up a post confirming the fixtures for the Cubs at the upcoming event in Phnom Penh.

The post led to an avalanche of questions and some feedback from a few vocal fans, including a Facebook page known as the Singapore Football Review.

He felt that the FAS “could have done better is to also include the news of this U23 squad”.

“This U23 team should be treated the same way as the senior team.

“Then we’ll maintain the connection between fans and the national football organization.

“Why would you want to lose the momentum derived from the recently-concluded AFF Cup?

“We were on high. Now we’re deflated.”

The Singapore Football Review (SFR) was even more scathing.

“FAS seems to have a special ability for messing things up,” it said.

“Name one other occasion in which the public responded to the Lions with so much love and enthusiasm after an AFF C’ship failure.

“It was a golden opportunity for FAS to build on all the rare positivity to enhance the connection between fans and our national teams.”

They even drew comparisons to the 2010 Youth Olympic Games football side which had captured the hearts and minds of Singaporeans during the Games, but whom were not maintained as a team.

“It’s not just the FAS Exco (which is made up of volunteers) that should be held accountable, but the full-time senior management staff at FAS should also provide some answers,” the SFR continued.

“What exactly do these taxpayer-funded FAS employees do all day at their Jalan Besar office?”

Fans also wondered about there would be any live telecast of the two matches.

Singapore’s U23 side will face off against Thailand on 16 February and then against Vietnam on 19 February.

Both matches will be played at the Prince Stadium in Phnom Penh.