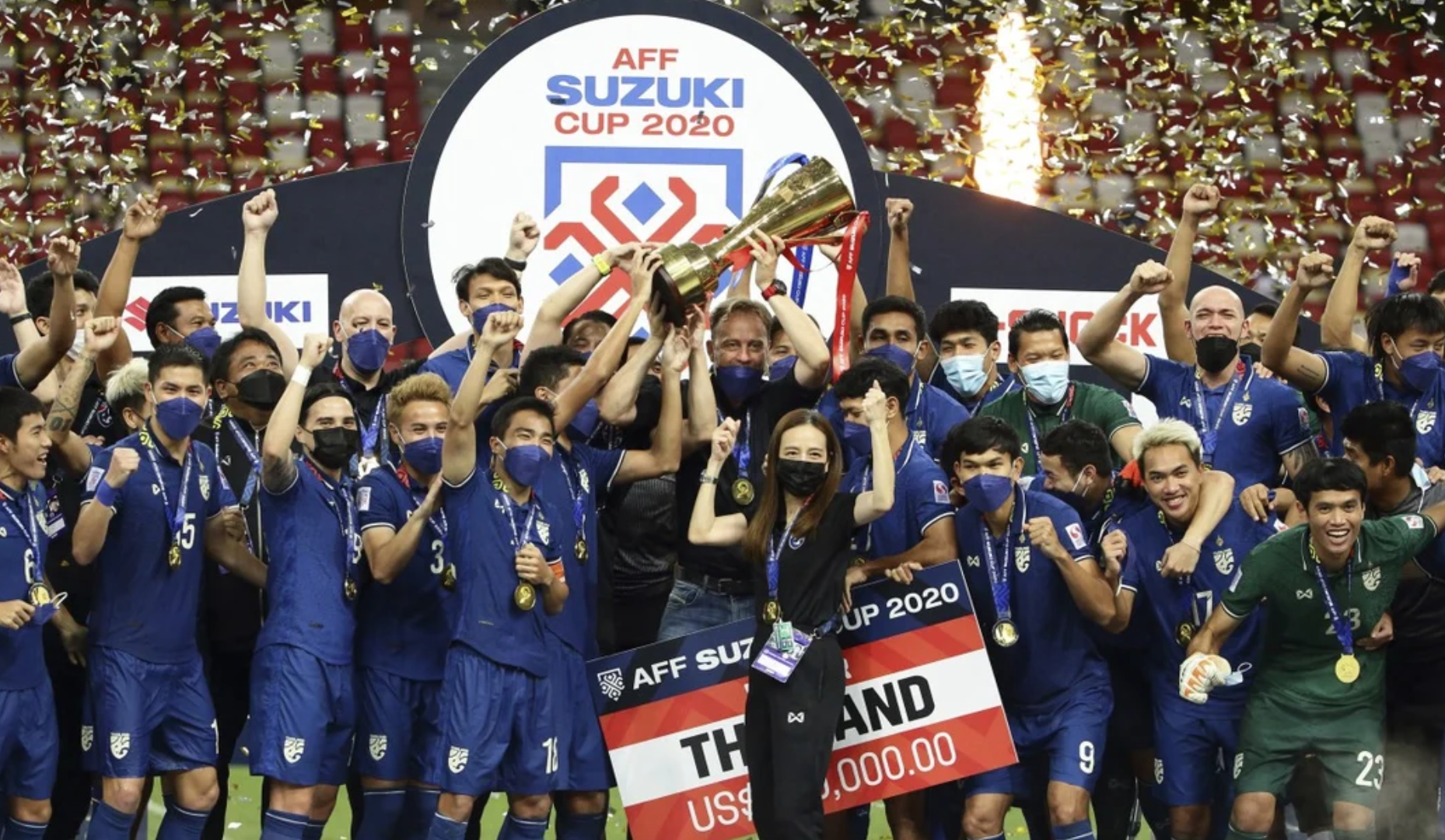 The ASEAN Football Federation (AFF) has announced that its flagship biennial football tournament involving the 10 Southeast Asian member nations will have a new title sponsor.

Former known as the Suzuki Cup, and the Tiger Cup when the tournament was inaugurated in 1996, the AFF Championship will now be called the AFF Mitsubishi Electric Cup 2022, a mouthful for any match commentator and announcer.

The deal with the new title sponsors was brokered by AFF’s exclusive commercial rights representative SPORTFIVE with support from Dentsu and the 2022 edition will see the competition being planned for a return to the home and away format.

The AFF’s official website added that the landmark deal comes on the back of Mitsubishi Electric’s successful sponsorship of the most recent edition of the biennial tournament held in late 2021 in Singapore.

With the slogan that “Together, we can build better”, the title sponsorship of the AFF Mitsubishi Electric Cup 2022 is an extension of the company’s aspirations to “strengthen the relationships between players, fans and all their stakeholders to cultivate a sense of unity to deliver a successful event and contribute to the development of the region”, said the AFF on its aseanfootball website.

Mitsubishi Electric will also have the right to be a presenting partner of the tournament’s Most Valuable Player Award as well as carry out various digital and on-site activations such as the Player Escort Programme and the Trophy Tour.

Said Kunihiko Seki, corporate executive and chief representative (Asia Pacific region) of Mitsubishi Electric Corporation, “As the world starts to re-open after two difficult years, we are excited to become the title sponsor of the AFF Championship and support AFF’s vision in bringing this unique event to the next level.

“For over 50 years, Mitsubishi Electric has supplied various products, ranging from home electronics to industrial and commercial equipment, to the Asia Pacific region.

“Today, we continue to work towards our goal of contributing to society by realizing a sustainable global environment. We are looking forward to build a better future together with the AFF.”

Added AFF President Khiev Sameth, “I am extremely pleased to have Mitsubishi Electric on board with us as the new title sponsor.

“As the AFF Championship enters its 14th edition, we must continue to innovate and break new ground to meet tomorrow’s challenges.

“The objective to further develop and shape the future of regional football – through the platform of the AFF Championship – is at the heart of Mitsubishi Electric’s mission.

“This landmark partnership will herald in a new era for the AFF Mitsubishi Electric Cup and I have great optimism that we can propel the tournament to new heights and further lift football in the region together.”

Thailand are the current defending champions of the biennial tourney.