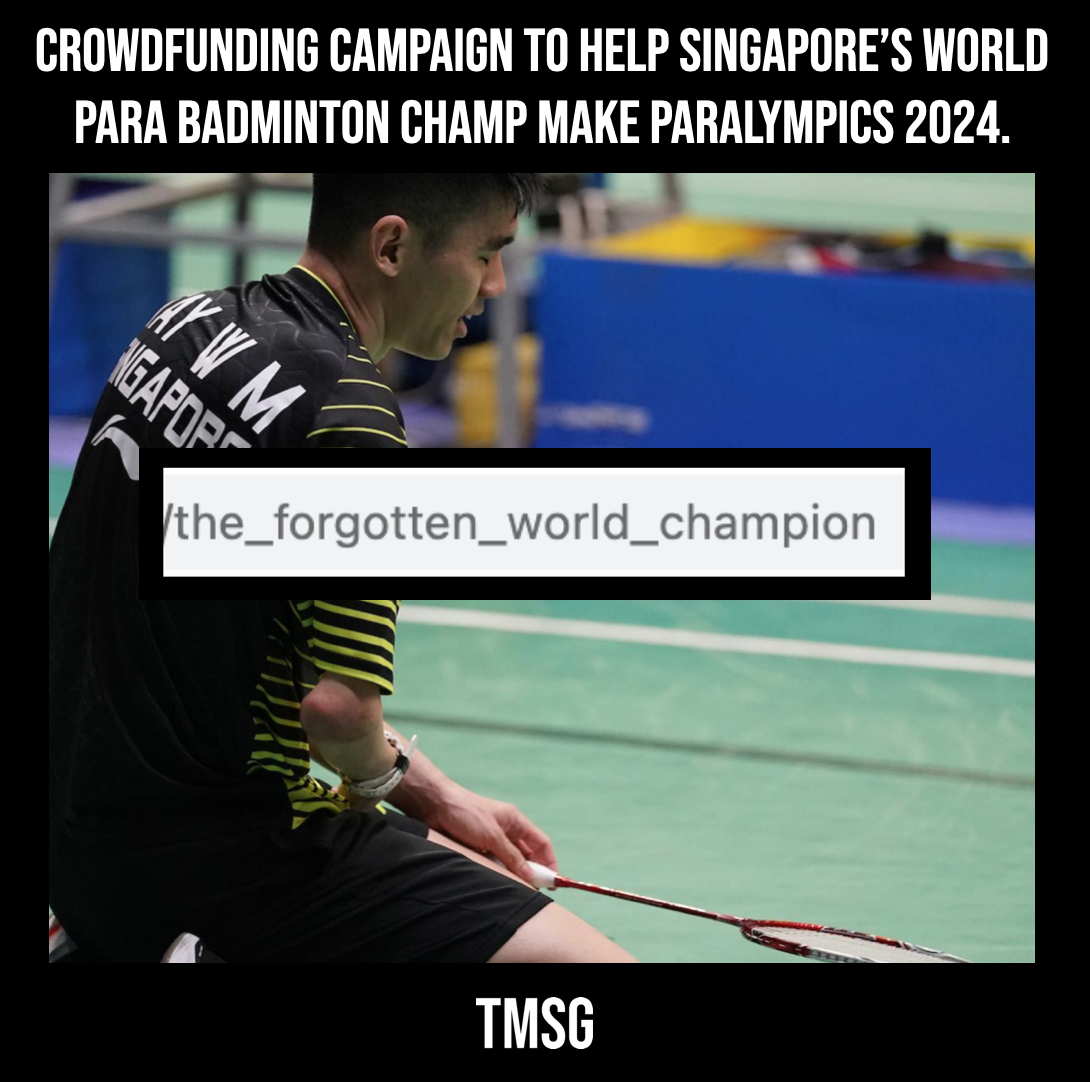 He is not as famous as Loh Kean Yew but he is Singapore’s number one para badminton player.

And Tay Wei Ming is probably hoping that Singaporeans will be as generous towards him as he gears up to make it to the 2024 Paralympic Games.

In trying to qualify for the 2024 Paralympic Games in Paris, 33-year-old Tay will need about $128,000 over two years or $64,000 annually for mostly overseas training and competitions.

The costs of overseas competitions, registration fees, airlines, travel visa applications, accommodation and other incidental costs amount to about S$8,000 for both Tay and his coach for each outing.

The crowdfunding campaign was posted on Giving.sg, with the slug “The Forgotten World Champion”, and has been started by the Singapore Disability Sports Council (SDSC).

Tay is not an unknown in the para-sports circuit.

In 2017, he was the Badminton World Federation (BWF) Para-Badminton World Champion in Ulsan, Korea in the doubles’ SU5 and has been competing since 2008.

Tay is Singapore’s number one national para shuttler and the 33-year-old has been competing for Singapore since 2008.

At the 2017 Para Badminton World Championships, he picked up the gold medal in the men’s doubles SU5 along with his Indonesian partner Suryo Nugroho.

The SU5 classification is for athletes with an upper-limb impairment, as Tay is diagnosed with Erb’s Palsy, which causes muscle weaknesses in the arm or shoulder.

As at 1pm on 27 June, slightly more than $8100 have been raised through the crowdfunding campaign members of the public.

Every dollar donated to SDSC for Tay will be matched by the One Team Singapore Fund (OTSF), which is a government fund supporting donations for Team Singapore athletes.

When Singapore’s number 1 badminton player Loh won the BWF World Badminton Championships in December 2021, more than $400,000 was raised through crowdfunding as a reward for the athlete.