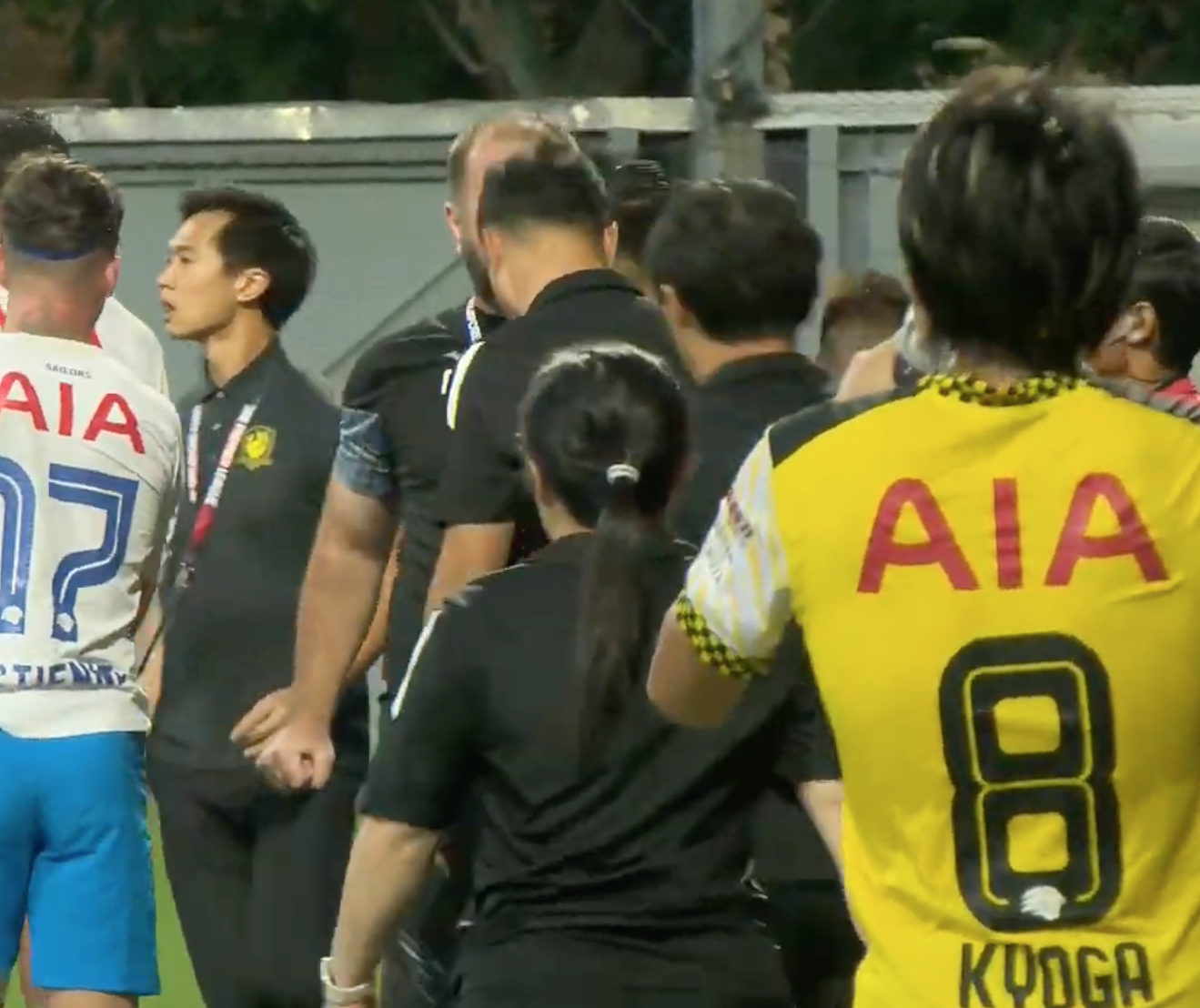 The end result was not the talking point.

Never mind that Lion City Sailors stole a 2-1 win over Tampines Rovers at the death at the Jalan Besar Stadium on 24 July to remain at the top of the league.

The big question which needs to be answered is: did Lion City Sailors coach Kim Do-hoon headbutt Tampines Rovers assistant coach Mustafic Fahrudin during a fracas in the 90th odd minute when both teams were tied at 1-1.

The screengrabs from the live broadcast on Youtube seem to indicate that there was contact between Kim and Fahrudin, a former Singapore international.

The drama began in the 87th minute when Sailors defender Nur Adam Abdullah went over to the Tampines bench to pick up the ball to execute a throw in.

Boris Kopitovic then came over to share his unhappiness and appeared to have shoved him.

It was then that Kim came forward and gesticulated at him.

Moments later, Fahrudin entered the fray and appeared to face Kim right in the face.

Kim then lowered his head which looked like a headbutt.

In the immediate aftermath, Fahrudin appeared to have held his nose and walked off the touch line while Kim raised his arms, seemingly to indicate that he did not do anything.

Subsequently, Tampines skipper Yasir Hanapi confronted Kim and he was then held back as Kim looked at him in disgust.

With tempers running high after the final whistle, given that Pedro Henrique found the winner, with seconds remaining there was yet more drama as Kopitovic had to be restrained by club chairman Desmond Ong.

Results aside, it will be interesting to see if any action is taken against Kim and Fahrudin for the off-pitch drama.

In a Facebook update on the AIA Singapore Premier League page, the Football Association of Singapore said that it was waiting reports and would be investigating the alleged incidents.