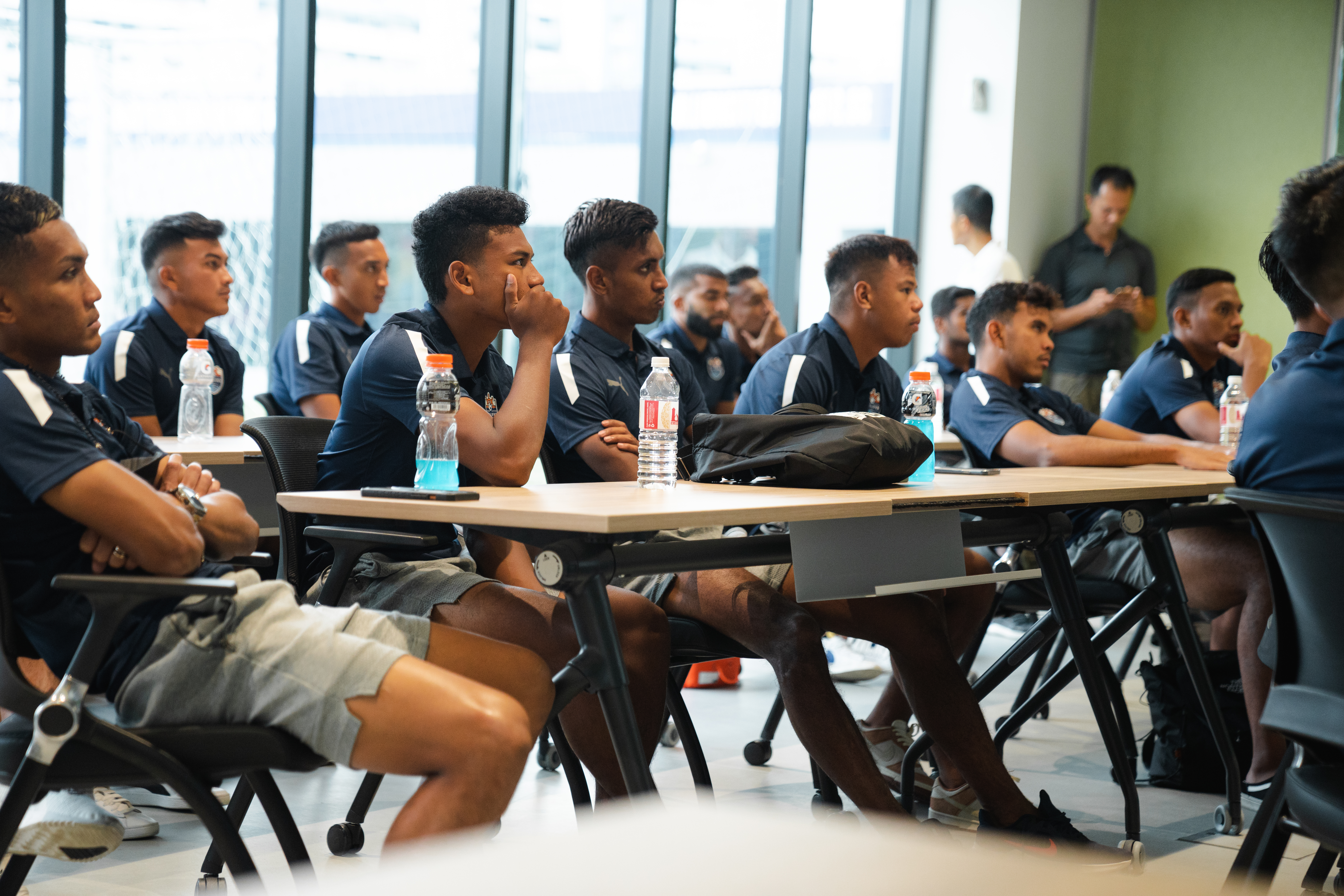 Just days after a tie-up with SJI International, the Lion City Sailors were back in the partnership ring again on 29 August.

This time around, the Sailors and SGX Group announced a partnership to launch a series of financial literacy workshops to equip all Sailors’ professional footballers with fundamental knowledge of managing their personal finances and investments during their football careers and beyond.

SGX Group is one of the few exchanges in the region to collaborate with a professional football club as part of its SGX Cares initiative.

The collaboration is also aligned with the Sailors’ continuous efforts in building all-rounded competencies amongst its professional footballers, said the club and SGX Group in its release.

On 29 August following the club’s morning training session at the Mattar Road facility, both Chan Kum Kong, who is SGX Group’s Head of Research and Badri Ghent, the Sailors’ Sporting Director, kicked-off the first session for the players.

The workshop was conducted by SGX Academy trainer, Chua I-Min (photo below), who covered the basics of financial planning and investing.

“Financial literacy is one of the key pillars of SGX Cares and it is something we feel is necessary to help empower individuals to take charge of their future,” said Chan.

“We also understand the needs of these professional footballers who may have a short career on the football pitch.

“Through this series of workshops, the knowledge in managing their finances early and to start investing will serve them well in the years to come.”

Added Badri, “Our players are our most important assets – and we want to create the best possible environment for them to fully focus on their work on the pitch while also equipping them for life beyond football.

“We’re appreciative that SGX Group is working with us on this series of workshops that we hope will become a key part of our efforts to help players prepare for options after their playing careers.”

Said Sailors and Lions skipper Hariss, “It’s important for us players to prepare ourselves for what comes after we hang up our boots.

“Some of us have already started to plan for that – whether it’s going to school, setting up a business, or coaching – and financial literacy is definitely a tool that will help us whatever we choose to do. We’re grateful that the club has worked with SGX to help us on this front.”