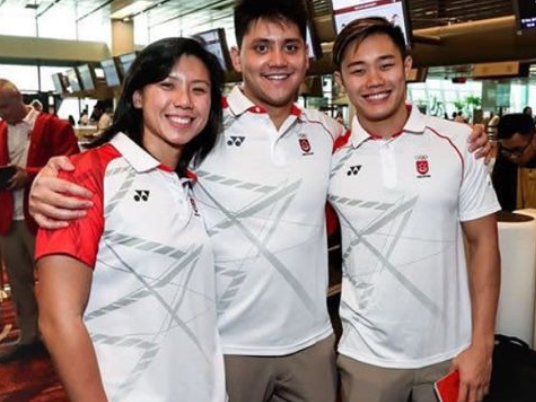 Swimmer Teong Tzen Wei has been revealed as the third swimmer involved in a cannabis consumption probe, along with Joseph Schooling and Amanda Lim.

All three had been investigated by the Central Narcotics Bureau (CNB) for drug-related offences.

The trio had admitted to consuming controlled drugs while they were representing Singapore overseas.

TMSG had reported about a third swimmer being involved in a story posted on 26 September.

In addition, unlike swimmers Schooling and Lim, who have had their Major Games Awards Programme (MAP) cash awards for their Southeast Asian Games gold medals put on hold pending an investigation into their use of cannabis, Teong received his cash award from the Singapore National Olympic Council on 14 September.

Teong was a silver medallist in the 50m butterfly at the recent Commonwealth Games.

In a statement, Sport Singapore said, “SportSG has found that the three athletes had fallen short of the code of conduct expected of all TeamSG athletes as part of their athlete agreement.”

“SportSG takes the breaches of the code of conduct seriously.

“Team Singapore athletes are expected to hold the highest standards of conduct as they represent Singapore on the world stage and are role models for Singaporeans.”

It is also revealed that all three athletes will have their support suspended for a month.

“The actions taken against the athletes underscore their responsibility and accountability as national athletes.

“In deciding on this course of action, SportSG took into account a range of factors including the findings by CNB,” it said.

“SportSG also noted that all three athletes cooperated fully throughout the internal review process, and readily admitted to the consumption.

“They had expressed remorse for their lapses in judgment, and have appealed to be given a second chance to prove themselves and fulfil their roles and responsibilities as national athletes.

“All three athletes have resolved not to abuse controlled drugs in the future, and are also committed to making amends by contributing back to the sporting community and play a part in education and other efforts to prevent others from making the same mistake.”