One of these men could be the next Singapore football chief 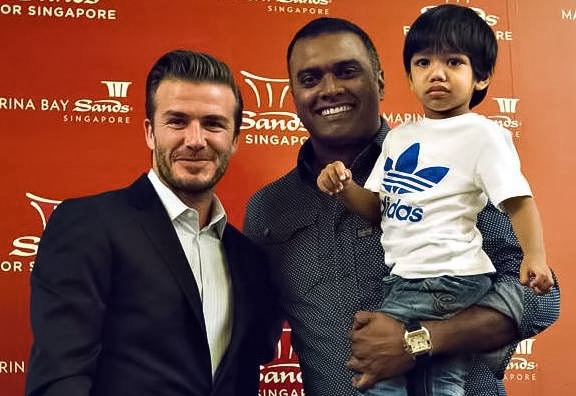 His “Blade of God” won Singapore the Tiger Cup (now renamed the Suzuki Cup) in 1998 in Hanoi when the Lions beat Vietnam 1-0 in the final against all odds.

Now, 41-year-old R Sasikumar could well end up being the next President of the Football Association of Singapore (FAS).

While he declined comment, it is understood that he has decided to contest the upcoming elections for office bearers at the FAS, the first in the association’s history, as all its previous executive committee appointments had been made by the Ministry of Culture, Community and Youth.

Sasikumar, who is the Group Chief Executive Officer of marketing agency Red Card, is expected to announce his complete slate very soon. The only confirmed member of his team at this point is lawyer Alfred Dodwell.

Sasikumar has turned out for Geylang United, Home United, Tampines Rovers and Jurong FC in the S.League.

The campaign manager for Team Majulah R Vengadasalam said “Sasi has spoken to me about taking part in the elections, and I have asked him to go for it.”

In an earlier interview with the Straits Times, Sasikumar said that Singapore football was severely under-valued and could well be worth about $1 billion.

In 1998, Sasikumar, who is a defender during his playing days, broke 70 million Vietnamese hearts when his goal won Singapore the Tiger Cup in Hanoi.

See video of his goal here:

If you were having trouble wondering how that goal went in, well here’s another angle:

The Provisional Council, which is currently overseeing the operations of the FAS until the elections are called by May this year, is headed by lawyer Lim Kia Tong, who is expected to stand for elections from the incumbent team.

On his slate is yet another current PAP Member of Parliament – Edwin Tong, who is also expected to be on the incumbent’s slate.