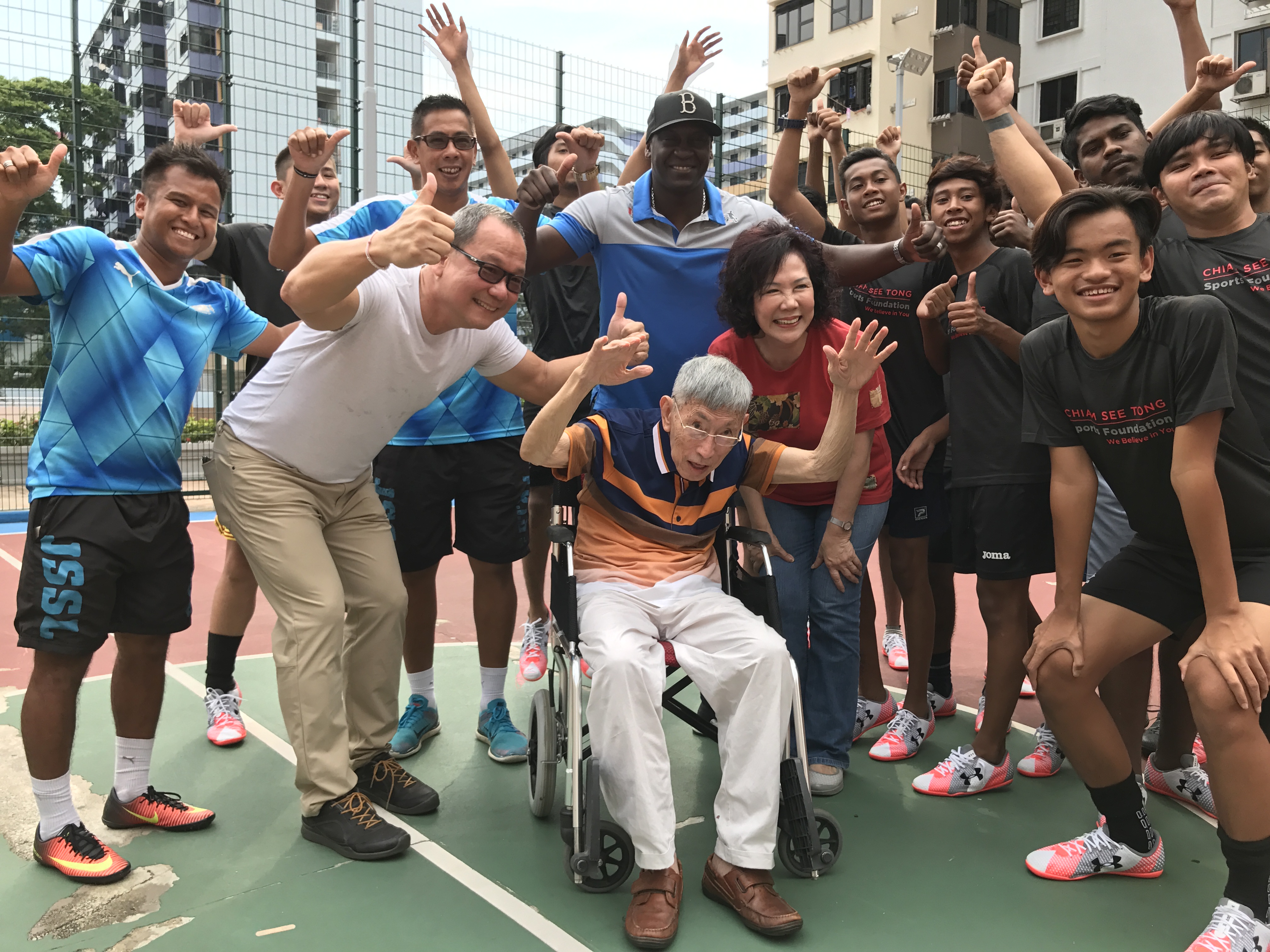 The ‘Kampung Boys’ football team is made of mostly teenagers from the Jalan Kukoh and Jalan Minyak areas, known to be among the poorest neighbourhoods in Singapore.

Former England international and Liverpool star Emile Heskey, who is an Ambassador of the JSSL Singapore International 7s, will also serve as a mentor to the children.

Said JSSL Singapore Managing Director Harvey Davis: “We are proud to do our part for the community and to help more young Singaporeans from achieve their dreams through football. We have heard so much about the Kampung Boys and we are more than happy to help them become better footballers, and to get the necessary training they need. It is our hope that they play in the JSSL Singapore 7s next year, and become our future national footballers.”

Added Heskey: “It is important for children from all walks of life get opportunities to play. In many of these Kampung Boys, there may be hidden diamonds in the making. They must not let their social backgrounds impede their progress. With desire, hunger, the right attitude, and support, they too will be achieve their dreams.”

Former MP for Potong Mr Chiam See Tong and Mrs Lina Chiam, both Patrons of the Foundation, were present at the Jalan Kukoh futsal courts to watch the beneficiaries have a round of football with Heskey and former Singapore internationals Rezal Hassan and Aliff Shafaein. Also present was Mr Ang Peng Siong, Chairman of the Board of Directors of the Foundation.

Said Mr Chiam, who turned 82 in March: “The children are our future, and we must ensure that we don’t leave any of them behind, regardless of their backgrounds. Through sports, we can provide hope to many under-privileged children.”

Added Mr Ang, who is the Managing Director of APSC swim school, and who was once the world’s fastest man over the 50m freestyle: “Sports is a tool which we can use to bind

Singaporeans together, and through the meaningful partnerships like we have with JSSL Singapore, we can show our children that we believe in them.”

The JSSL International 7s which will be held from 29 April to 1 May confirmed participation from 260 teams from 14 nations.