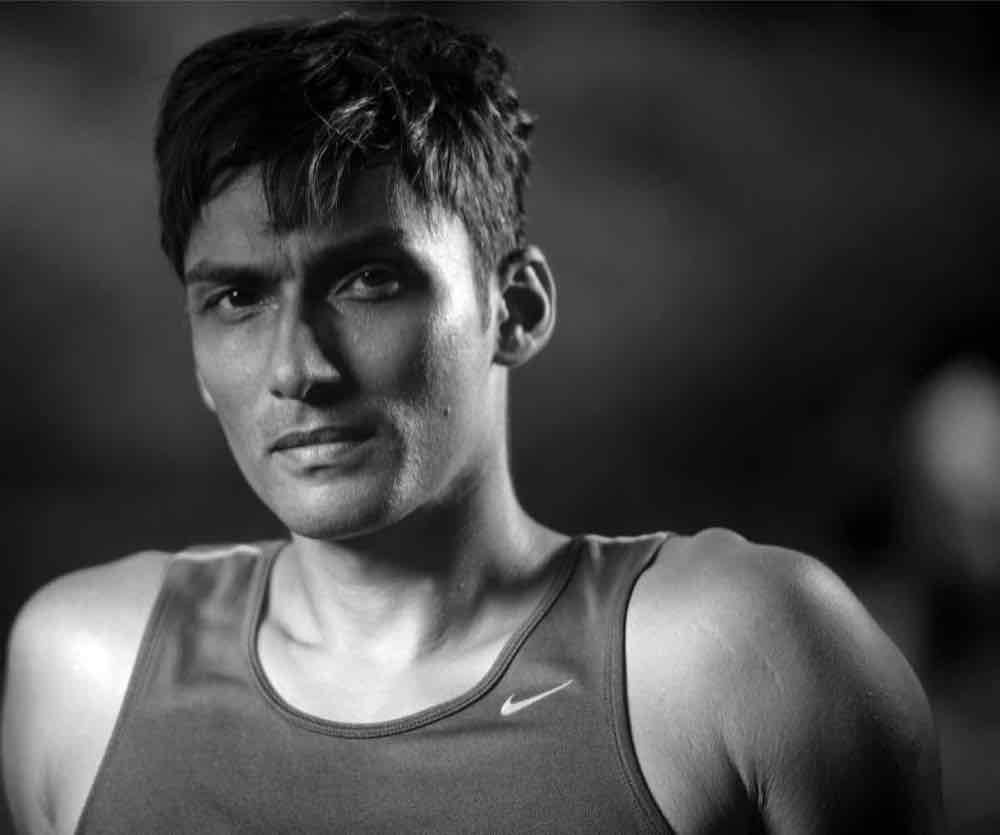 Do the numbers above mean anything to you at all?

In essence, it tells the story of Singapore’s fastest man U.K. Shyam.

0.01 seconds was what it took to cement UK Shyam as Singapore’s fastest man ever, breaking C Kunalan’s 33-year-old 100m record on 27 August  2001 at the World University Games in Beijing.

To commemorate his journey, 16 years after the last SEA Games in Kuala Lumpur in 2001, the record holder for the 100 metres will be releasing a book about his track and field journey in early 2018.

Written by former national athlete Kenneth Khoo, and extensively supported by interviews with athletes like former swimmer Ang Peng Siong, former journalist Jose Raymond and other sportswriters, sports personalities, Singapore Athletic Association (SAA) members and coaches, Running on Empty follows Shyam’s eventful track career from the 1990s–early 2000s, where he won his first race at the National Schools Track and Field Championships in 1993, to being the golden boy of Singapore athletics in 2001 amidst controversies with the athletics body, sports authorities and the media.

“The book will be a revealing insight into the little-known life of what it meant to be a full-time athlete at that time,” said Shyam, now 41, a lecturer at Hwa Chong Institution.

“It has been 16 years since the national record was broken by a mere 0.01s in Beijing and then achieved again in Kuala Lumpur at the Bukit Jalil Stadium. There are many back stories behind the achievements, and it was important that we put it down in writing to give readers an insight into the life of UK Shyam, the athlete,” he added.

Running on Empty is a story about resilience and fighting against the odds, about falling down and getting up again—all in the pursuit of one dream.

Added Kenneth Khoo, “What started out as an idea, slowly grew into something bigger, and we are grateful for the support and faith shown by Ethos Books, which has agreed to publish the story behind Shyam’s track and field life.”

Part of the proceeds from the sales of the publication – to be launched in March 2018 – will go to the Chiam See Tong Sports Foundation to support underprivileged youth athletes.

Said Mr Jose Raymond, Vice-Chairman of the Chiam See Tong Sports Foundation, and Vice-President (Partnerships) of the Singapore Swimming Association: “Peng Siong and myself have both known Shyam and have supported him through his journey as an athlete. We are proud of his achievements, and how he achieved the unthinkable through sheer guts. On behalf of the Patrons of the Chiam See Tong Sports Foundation, Peng Siong and myself thank both Shyam and Ethos Books for contributing part of the proceeds to the Foundation.”