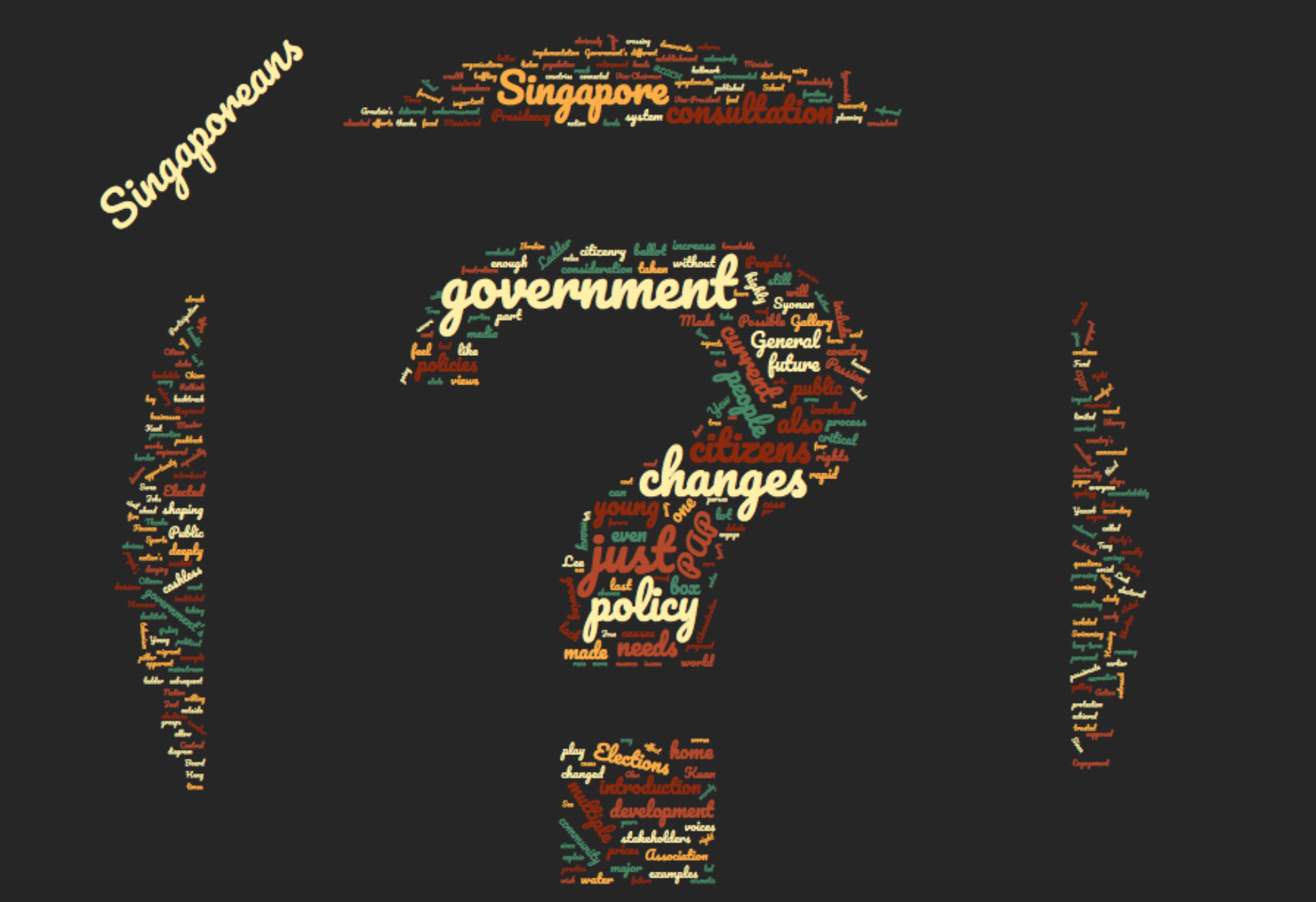 The Government’s lack of engagement and consultation with Singaporeans ahead of critical policy changes is disturbing, and bares its insecurity.

Since 2015, there have been multiple changes in policies and the lack of engagement and consultation with citizens before implementation is apparent.

Just a few examples of major policy changes and shifts since the last General Elections include the changes to the Elected Presidency to allow for reserved race elections, the increase in the prices of water by 30 per cent, the introduction of a cashless system for transportation, are just a few.

The lack of engagement and consultation is not consistent with what current Minister of Finance Heng Swee Keat said immediately after the People’s Action Party’s (PAP) landslide victory at the 2015 General Elections, when he announced that the efforts to listen to the voices of the people will continue “even more extensively and even more deeply” going forward.

A roof over humble heads. Jobs to feed their young families. Some savings for retirement. These were needs of a population when Singapore achieved independence in 1965.

And the PAP government led by Mr Lee Kuan Yew delivered a nation’s needs through its early policies like the introduction of the Central Provident Fund contributions, the establishment of the Housing and Development Board and rapid industrialization which ensured its citizens had a stake in the country.

To move Singapore from a third world to first, there were sacrifices made, not just by the government by also by the people who called Singapore home. Citizens trusted the Singaporean narrative, in that the harder one works, the better the returns. There was rapid development, but at the expense of civil liberties.

However, it is very obvious that times have changed. And so have people’s needs and desires.

Today, Singapore is made up of a highly educated citizenry. Based on latest statistics, almost 53 per cent of Singaporeans have post-secondary education. And based on interactions, online analysis and general sentiment, it is easy to conclude that a substantial number of Singaporeans want to be engaged in the running of the country they call home, more than just crossing a box on a ballot paper once every four or five years.

Or worse, is engagement just a case of mere tokenism?

American public policy analyst Sherry Arnstein’s 1969 study on community engagement and participation and the “Ladder of Citizen Participation” gives an indication of how views of citizens are being taken into consideration according to eight different steps. (see diagram below)

This ladder is still referred to as a pillar in engagement by many community engagement groups. Others, like former United States President Barack Obama, created his very own “Ladder of Engagement” to interact with Americans in his 2012 Presidential campaign.

Where exactly does the Government’s engagement with its citizens stand in this Arnstein’s “Ladder of Engagement”?

The key questions for the Government and Singaporeans to ask themselves should be:

Empowerment – What does the Government do to engage and consult Singaporeans before major policy changes are implemented?

Collaboration –  Are there any opportunities for Singaporeans to influence decisions that affect them before the changes are implemented?

Accountability and Transparency – How can Singaporeans hold their elected representatives accountable for decisions which are made without their consultation and buy-in, and especially if it affects their lives and livelihoods negatively.

Is there enough electoral accountability?

As stated earlier, just a few examples of major policy changes without consultation include the changes to the Elected Presidency, the increase in the prices of water and the introduction of a cashless system for transportation.

And in cases where engagement with stakeholders had apparently taken place, the government had to backtrack after severe backlash and pushback by the public.

The furore over the naming of the “Syonan Gallery” and its subsequent rescinding, and Ministerial apology by Dr Yaacob Ibrahim is one such example. In this case, there needs to be questions asked about the value of the engagement process, and whether the right or relevant stakeholders were consulted. Or was the engagement process merely cosmetic.

Also, was the “Syonan Gallery” embarrassment an isolated incident in public engagement failure or is it highly symptomatic of the current state of engagement practice which is conducted by government and its agencies where consultation is done just to tick a box.

If critical policy changes were to be introduced and instituted during this current term of government, why were these proposed policy changes not brought up for debate at the 2015 General Elections?

Anecdotally, there is a growing number of Singaporeans – both young and even the not so young – who are getting involved in multiple causes such as environmental protection, migrant workers’ rights, care for the destitute, promotion of the arts, LGBT rights and many more. Thanks (or no thanks) to social media, anyone can also have their views published without having to wait for their voices to be carried through the mainstream media.

There are also people who are willing to take leave of absence from work just so they can pursue their passionate causes for personal satisfaction.

And because people have become a lot more connected to the outside world and issues faced by other countries, there is a growing desire for Singaporeans to want to play a part in the way their country is shaping for the future.

As citizens who play a part in the development of Singapore, it is important for the government to engage its citizens at multiple levels, and a lot more deeply.

Rethink the use of PA, and REACH (reach everyone for active citizenry @home), as these only have limited impact. Surveys and online intelligence to detect sarcasm can only go so far in understanding what’s in the majority of hearts and minds.

Continue denying Singaporeans an opportunity to be involved in the shaping of the country’s future will only lead them taking their frustrations out at the ballot box.

Jose Raymond is the Managing Director of SPIN. He is currently pursuing a Master of Public Administration at the Lee Kuan Yew School of Public Policy. He is also the Vice-Chairman of the Chiam See Tong Sports Foundation.

Have a view about this commentary? Write to us at: opinion@themonitor.sg