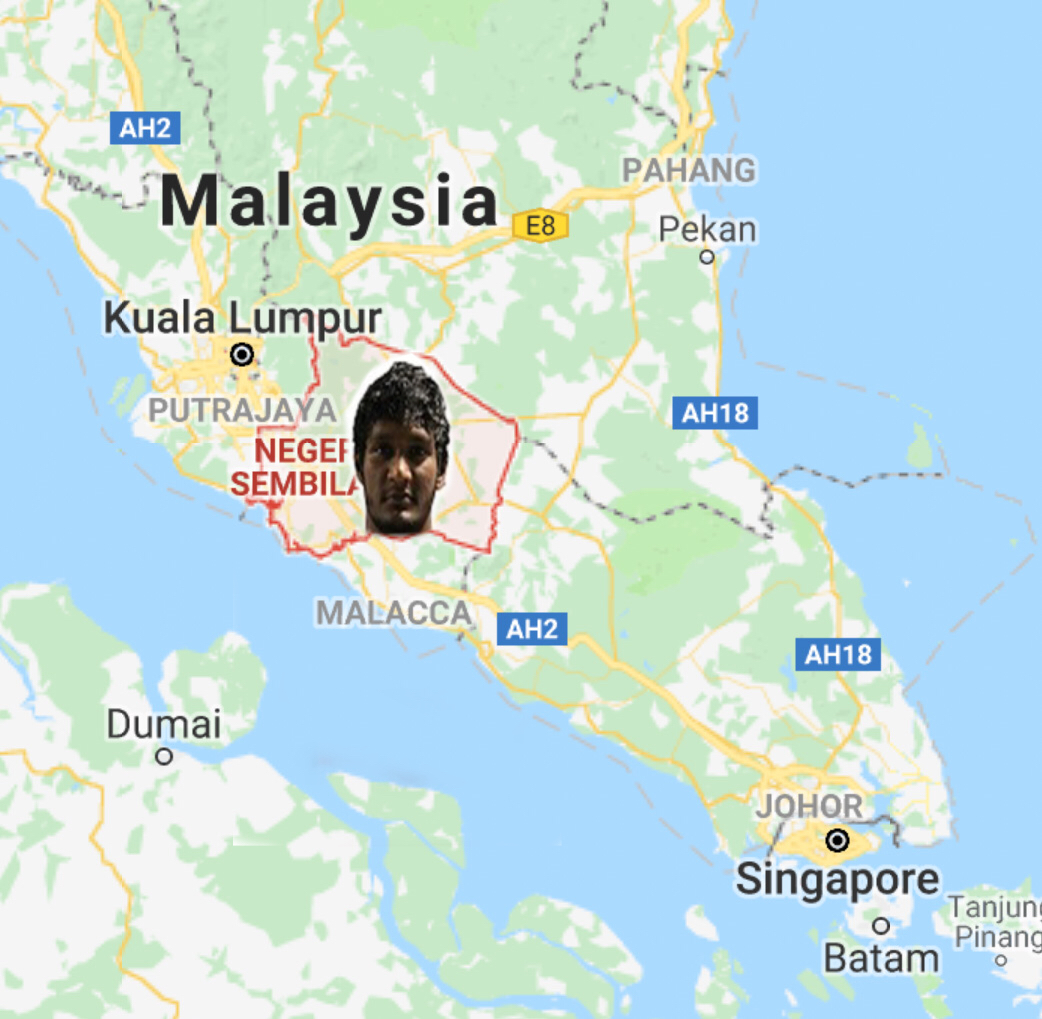 Singapore football has lost yet another star to a foreign league.On Friday, the Straits Times reported that the former Tampines Rovers and national defender Madhu Mohana has signed a one-year contract with Malaysian Super League (MSL) side Negeri Sembilan.

For the uninitiated, Negeri Sembilan is about 45 minutes drive from Kuala Lumpur and about a two and a half hour drive from Singapore. See map below.

Madhu’s move is significant as it is his first foray overseas.

While he used to play for LionsXII in the MSL previously, the 26-year-old hasn’t represented a foreign club in his career yet.

The hard-tackling Madhu is the latest among national players who are heading overseas for the 2018 season.

Hariss Harun (Johor Darul Takzim) Safuwan Baharudin (Pahang) and goalkeeper Hassan Sunny’s (Thai League 2 side Army United) will all be playing away from Singapore’s shores in 2018.

He told the Straits Times that “eEven though Negeri just got promoted back to the MSL, we will do all we can to go as far as possible in every competition we play.”

Here’s a random fact about Madhu’s new home. The earliest inhabitants of Negeri Sembilan were the ancestors of the Semelai, Semai, Semang and Jakuns.