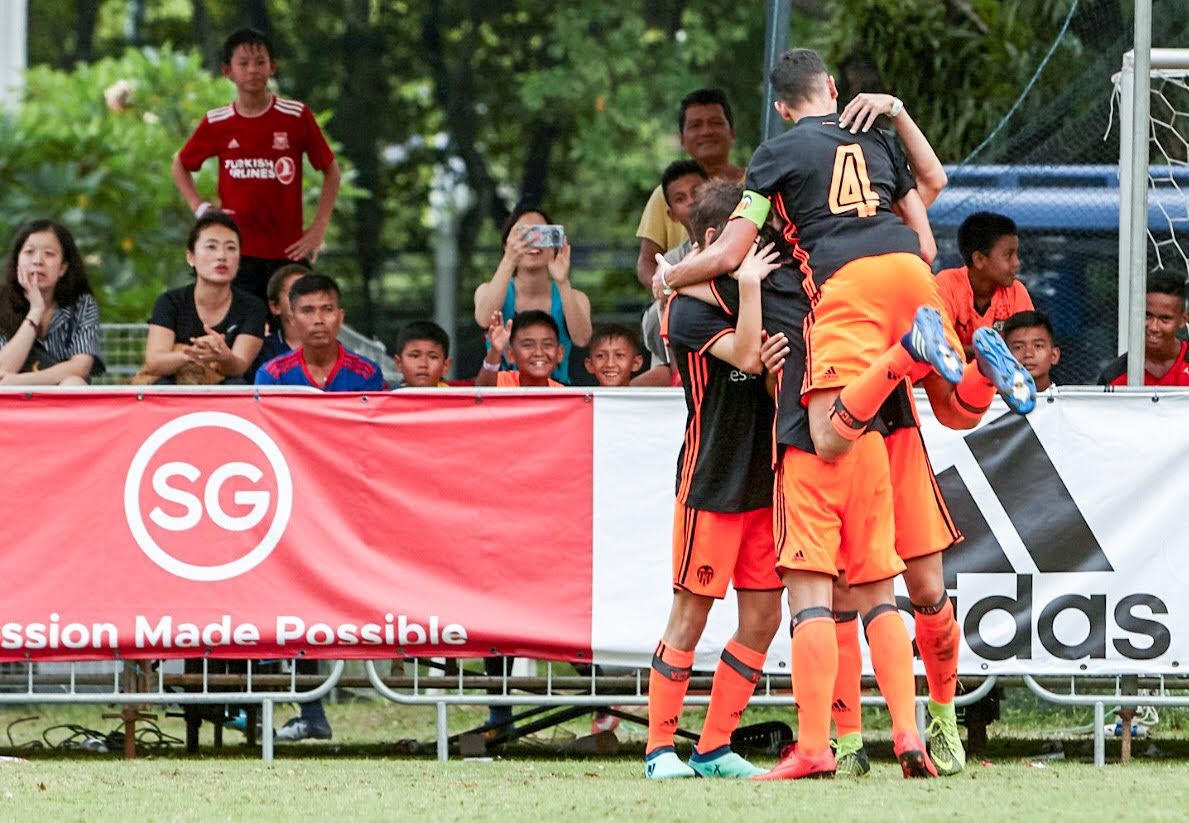 After winning three out of their three matches played, Spanish side Valencia CF stormed to the top of the JSSL Professional Academy 7s being held at the Padang from 28 April to 30 April .

The Spanish side started their round robin fixtures with a 1-0 win over Liverpool and then saw off Manchester United 2-0 in their second match of the day.

Valencia then ended their round of fixtures on Day One with a brace against Bangkok United.

Valencia will face off against Fulham FC, Urawa Red Diamonds and then against JSSL FC on Sunday.

Lying in second place in the standings are Japan’s Urawa Red Diamonds, which managed two wins and a draw.

In the big match up of the evening, Liverpool and Manchester United played out a 1-1 draw under floodlights at the Padang.

The knockout stages of the JSSL Professional Academy 7s will be held at the Padang on Monday.

All results can be found at the official JSSL International 7s and Professional Academy 7s website.