Mighty May Ooi calls it a day, set to announce retirement from combat. 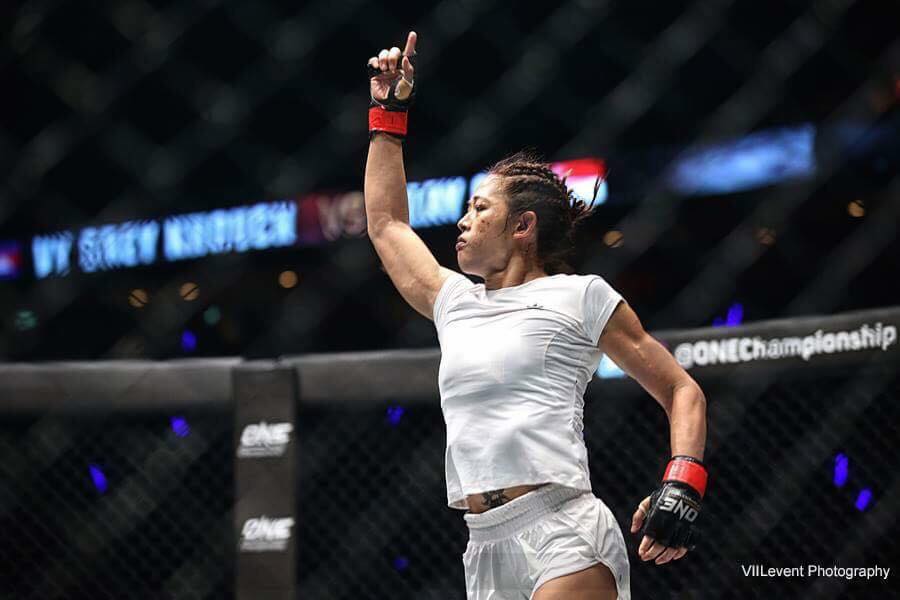 Mixed martial arts and ONE Championship athlete May Ooi is calling it a day from all competitions.

Ooi, a former national Singapore swimmer and Olympian, is understood to have informed both ONE as well as the Jujitsu Association of Singapore.

Ooi is unbeaten as far as her ONE sojourn is concerned.

She scored wins over Malaysian Ann Osman in August 2017 in Kuala Lumpur and then against Cambodia’s Vy Srey Khouch in Singapore November 2017.

While she did not get into the ONE cage in 2018, she represented Singapore at the Asian Games in Jakarta in jujitsu. She was eliminated in the first round.

Friends close to Ooi have indicated that it was not an easy decision for her to make and she was also thinking of making the 2019 Southeast Asian Games in Philippines her swansong competition.

Ooi, who runs a capoeira school, has also just been appointed as an Ambassador for the Singapore Tourism Board’s Passion Made Possible campaign.

Ooi is expected to make a public announcement of her decision over the next few days.

It was only days ago that Singapore’s Tiffany ‘No Chill’ Teo suggested that she and Ooi have a go in the ONE cage in the strawweight category.