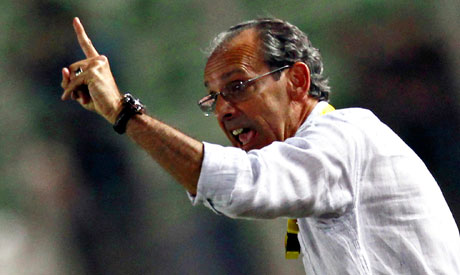 A candidate vying for the role of Singapore’s national football coach is upset.

He is so upset that he may not be able to land the role that he wants to come to Singapore and organise a media conference to share what he has done before the Football Association of Singapore (FAS) decides on Singapore’s new national coach.

Singaporean football observers are amazed at how much Vieira seems to be posturing for the role of national coach though.

If he is the right person for the role, then he has nothing to worry about the best candidates are the ones who remain out of the media limelight and let the process take its course.

In statements made to The New Paper as a result of a story run on this portal, Vieira said: “I’m very upset by this report.

“I’ve never done that. It’s not my way. Wherever I’ve coached, everyone knows me as a gentleman. I have players who I have worked with since 1982 who still keep in touch with me.

“In our world, sometimes you have to be hard or soft with the players, depending on the situation. To be hard is one thing, to be impolite is another. I don’t do that.”

He was responding to a comment made to this portal by a senior official of a regional Football Association where he was previously employed, who said that Vieira was “verbally abusive”.

He also insisted that he was responsible for Iraq’s Asian Cup victory in 2007 and said “no Iraq coach has ever won the Asian Cup besides me.”

According to an earlier report on FourFourTwo, Vieira quit immediately after the 2007 Asian Cup success, “citing stress suffered as a result of disorganisation and sectarian infighting in the squad.”

He said he would have to be “crazy” to return but did so again after being sacked by Sepahan, an Iranian club.

His second stint with Iraq ended in misery when his side finished bottom of their group in the 2009 Gulf Cup, won by hosts Oman.

The fact is that Vieira also hasn’t been able to replicate that victory in any other roles he has taken on since.

He resigned from his last club Ismaily SC in December 2018, leaving it when they were at the bottom of the Egyptian League.

Interestingly, when he was in Egyptian club Zamalek, he allegedly went AWOL.

The FAS is expected to name Singapore’s new national coach at the end of this month.

And when the announcement is made, we will meet Vieira at the media conference, if he is indeed the man chosen for the hot seat.