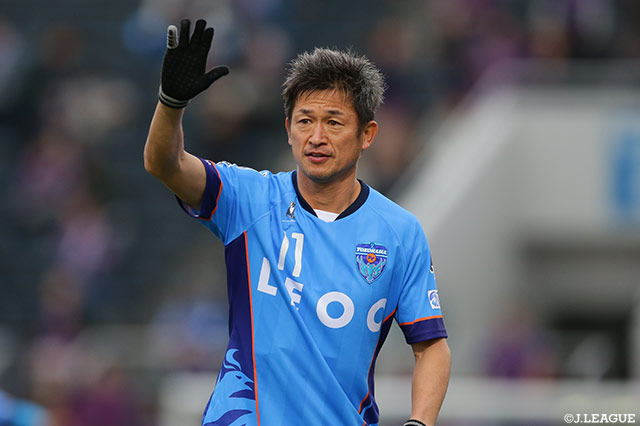 Age is but a number.

If you are good enough, it doesn’t matter how old or young you are.

For 2019, King Kazu, as he is affectionately regarded by Samurai fans, has signed a new contract with Japanese side Yokohama FC.

Yokohama FC is in the second division of the Japanese football system.

He joined  Yokohama FC as a 38-year-old in 2005 and has since made over 250 league appearances for the club.

The striker last played for Japan’s who won the last of his 89 Japan caps some 19 years ago, will now play in the Japanese second division until at least the age of 52 – an age he reaches next month.

“I will not waste it for one minute, one second,” he said in a BBC report.

“I think that I want to go face to face with football and go to daily training with maximum power.”

He had also told the Japan Times previously that he intended to play till “the day I die.”

See video of a goal he scored when he was 50-years-old on 12 March 2017 while turning out for Yokohama in their match against Thespakusatsu Gunma.

In 1982 he travelled to Brazil and was signed by Santos.

He was top scorer and Most Valuable Player of the inaugural Japanese J.League season in 1993.

He made his Japan debut in 1990 and took the Samurais to their first ever World Cup appearance in 1998.

However, he was controversially omitted from the final squad for France and retired from international football two years later, having scored 55 goals in 89 appearances.