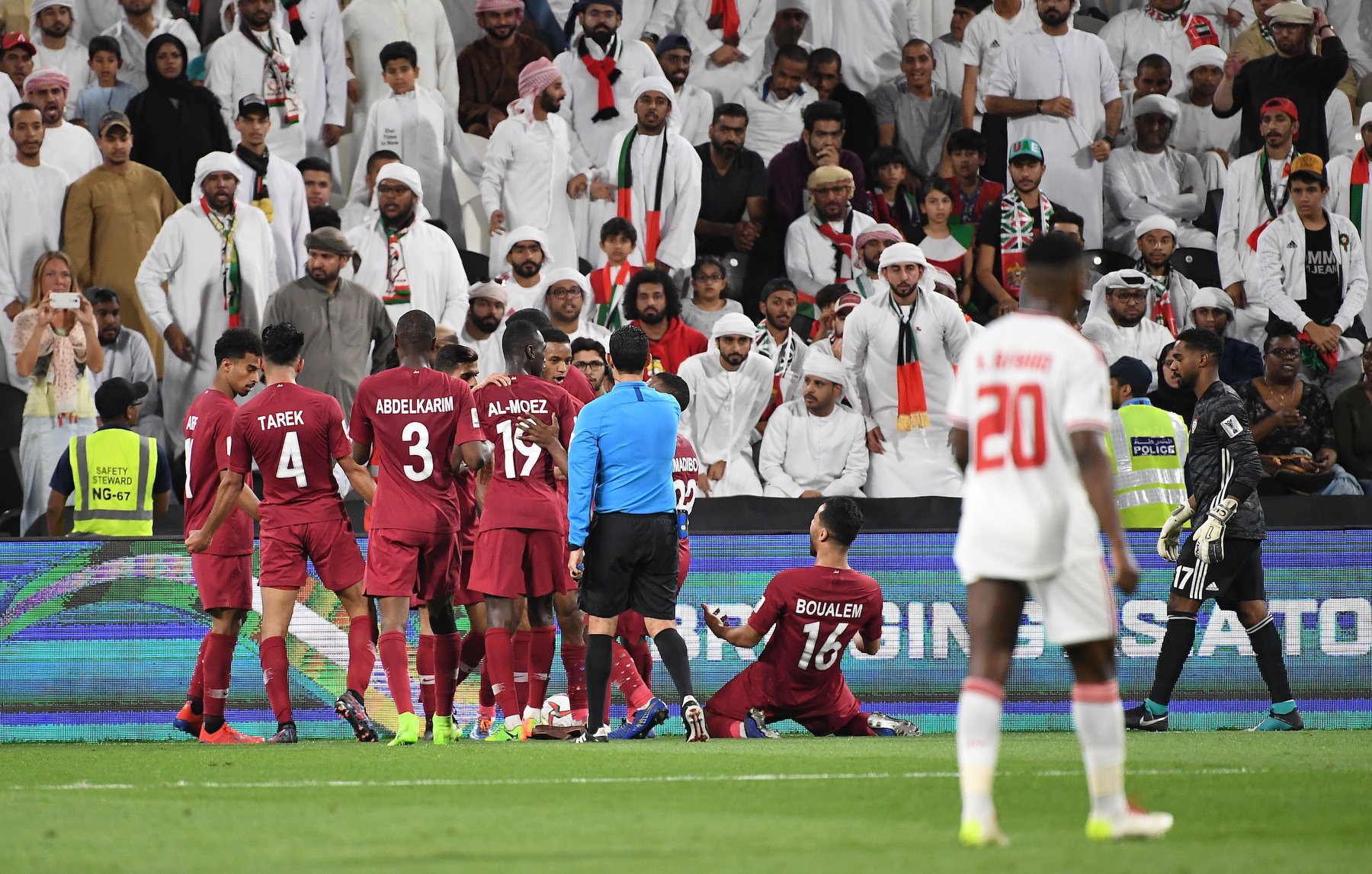 A tiny nation of a mere 2.6 million people has made it to the final of the Asian Cup being held in the United Arab Emirates.

A 4-0 demolition of hosts United Arab Emirates at the Mohamed bin Zayed Stadium saw the tiny Arab nation force their way into the history books, as they make the final for the first time in the history of the Asian Cup competition.

Goals by Boualem Khoukhi, Almoez Ali, Hassan Al-Haydos and Hamid Ismail sealed the rout for Qatar, amid a high hostile home crowd who threw shoes and water bottles at the Qataris as they celebrated their goals.

Fans from around Asia who were tuning in were even wondering why the hosts were throwing shoes onto the pitch.

Qatar will now face Japan in the final, with the Samurais never having lost in any final they have appeared in.

Qatar’s run to the finals has been nothing short of mesmerising.

They disposed of South Korea in the quarter-finals by a single goal and have made it to the final without having conceded a single goal.

They also completed the group stage with a perfect record of three wins in three matches.

The Asian Cup finals will be held on Friday, 1 February.