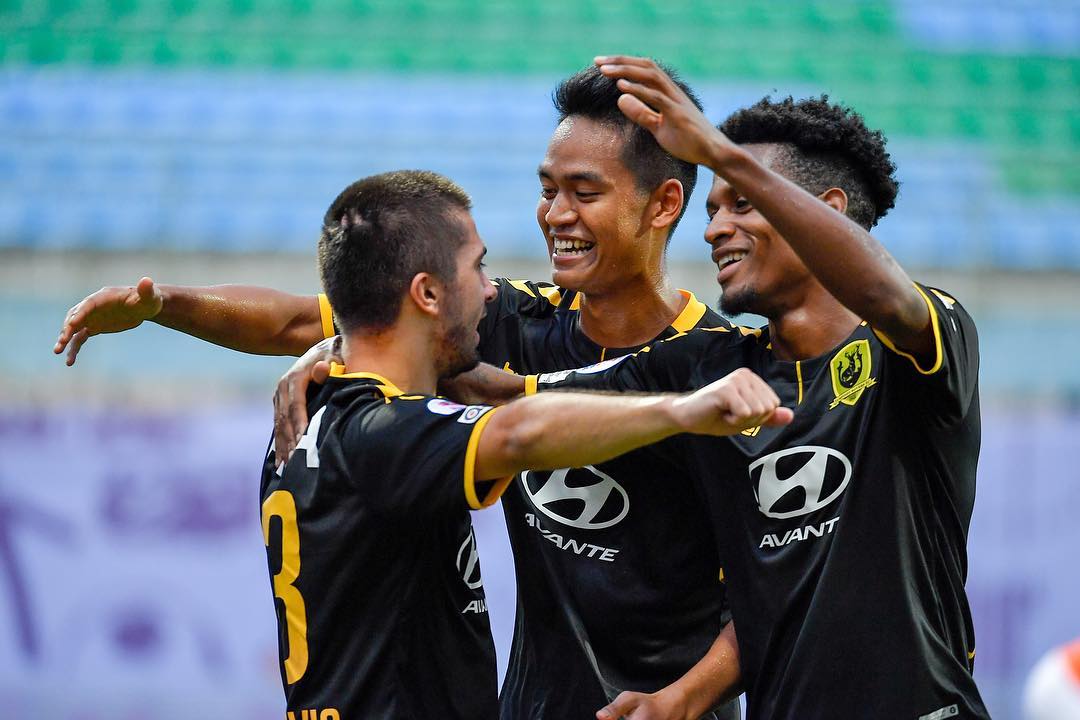 It was touted as a Match of the Week but after a 5-1 rout by Tampines Rovers, it can be concluded that Hougang United will end up as the season’s Great Pretenders.

Tampines Rovers, on the other hand, have proven that their away victory against Yangon United in the Asian Football Confederation Cup earlier in the week was no fluke as they scored at will at the Jalan Besar Stadium, the new home ground for the Cheetahs.

Goals by Irwan Shah, Ryutaro Megumi, Zehrudin Mehmedovic, Jordan Webb and an own goal by Hougang confirmed the Stags as early favourites for the 2019 AIA Singapore Premier League.

The Cheetahs’ only goal was scored through Faris Ramli but Hougang played with 10 men for most of the second half after Justin Hui’s dismissal in the 52nd minute.

Hougang had also tried to inspire its fans after going down 1-0 at half time through this post on Facebook.

The club was referring to Manchester United’s tie against Southampton a day before, when it went down 1-0 at half time only to end up as 3-2 victors in the end.

However, they could not respond to the Stags’ continued onslaught in the second forty-five, and will have lots to look back on while it aims to get its season back on track.

And this is what the club had to say after the referee blew the final whistle.

Coach Clement Teo had said prior to the start of the match that “the players know that we have to improve on last season’s standings.”

After their first match, there will be many question marks on whether they actually will be able to do so.

Tampines Rovers coach Gavin Lee believes consistency will be critical for his side as they navigate through the season.

He said: “Our challenge is to stay consistent in our thinking and action.”